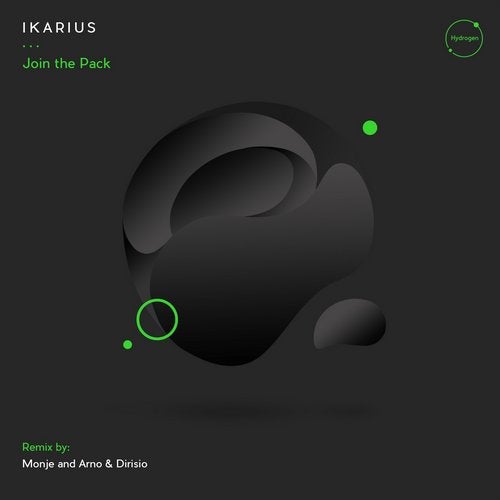 Making their debut on our Hydrogen Inc. imprint with their brand-new single 'Join the Pack ', is French producer duo IKARIUS who bring it together for an extraordinary release that shows a startling amount of potential. With IKARIUS applying an extra dose of groove and warmth to this incredible tune. 'Join the Pack' stands for a fool proof and state-of-the-art piece of music, which will readily make you, take note and amaze in equal measures.

First up on remix duty we have Mønje, famed for his intricate and refined productions, delivers a cool deeper take on the original. His rework creates tension from the word go, as the atmospheric vibe subtly keeps you moving with warm tinkling sounds, a smooth edge and some nicely effected sounding pieces. We basically have the formula for a bit of a monumental outing. The sparseness is the key here, as this restrained gem works its magic while it plays away, creating a warm glow, creating an air of sophistication. "Essential stuff!"

Next up are Arno & Dirisio, known for their polished sound, they keep the ethereal theme of the original alive, as the pulsating bass powers along, before its drum fills and general warmth all combine to do the talking. Like something from yesteryear yet sounding fresh - This mystical touch up takes the energy levels up a notch but increases the melancholy with stripped back and lucid elements at the same time, before the luscious pads grace the rework changing the vibe and creating a blanket of warmth that wraps around the effected groove.

IKARIUS 'Join the Pack' sees an exclusive, worldwide release on July 23rd, 2018 via Hydrogen Inc. and Beatport. Not to be missed!