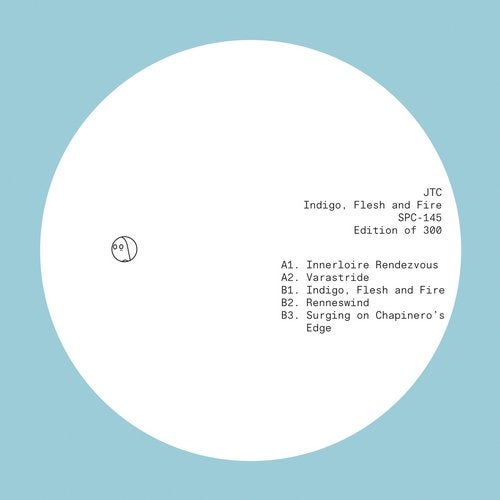 Since completing his two-decade-long hip-hop trilogy as Dabrye in 2018, Ann Arbor-based artist and Bopside label head Tadd Mullinix has engaged his arsenal of aliases with renewed heat. First came the debut of X-Altera, a new project flexing a wildstyle hybrid of drum & bass and deep techno. Now, he returns to James T. Cotton, a moniker which dates back as far as Dabrye and helped define Spectral Sound, the dance imprint of Ghostly International. While historically tagged as Mullinixs acid house alias, JTC has always expressed with a more pliable sense of genre, freely fusing an eclectic blend of classic electronic sounds; helpings of Chicago acid, Belgian New Beat, and the leftfield techno stylings popularized both in Berlin and Detroit. With Indigo, Flesh and Fire, Mullinix moves closer to the latter city, adopting a bright, optimistic tone informed by minimalism and futurism.

I have been more withdrawn and introspective on a personal level, in a positive sense, and I think that fact has made my creativity reach toward feelings about peace, positivity, fantasy, wonder, and openness, says Mullinix.

The EP is packed, but still playfully ambiguous; a club-ready set built to max out mixing boards with spacious and nuanced melodies and motorized percussion. Five tracks, each with roughly five-minute run-times, offering all but a few breaths in a quest for highly operative dancefloor hypnosis. The record wastes little time locking in; on the first track, Innerloire Rendezvous, a dense square kick plows through a brisk four-on-the-floor routine phasing over harmonious synth stacks of rubbery fifths and sevenths. The title track splatters a lenticular static spray between thumping kick, billowy melodic swells, and staticky clicks, snaps, and claps.

Mullinixs distilled musical vocabulary, developed by his many years in the game, gives the set a misty-eyed quality without compromising its contemporary merit. This is music, inspired by history but fiercely forward-thinking, that feels both subterranean and airborne; in the grind on the ground and soaring above in an iridescent super-charged fog.