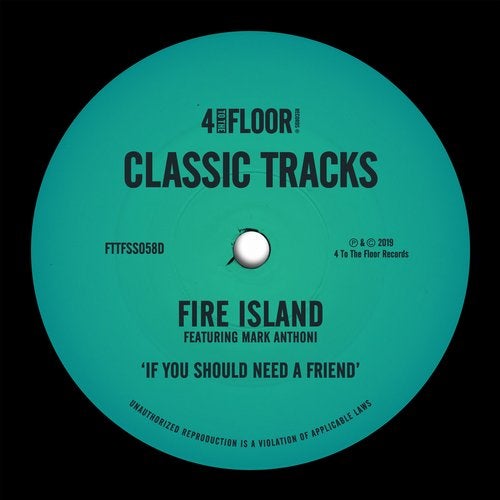 Pete Heller and Terry Farley's names are synonymous with the history of house music in the UK. Their musical productions are steeped in the sights and sounds of nights at clubs like The Hacienda, Shoom and Spectrum. As their alias Fire Island the pair produced nothing but house epics, 'If You Should Need A Friend' being no exception to their catalogue of heritage tracks. Now this British vocal house classic from 1995 has been re-packaged consolidating the Junior Vasquez and Rock & Kato remixes into one release, fresh for 2019 dancefloors. Highlights include the Fire Island Club Mix, which channels all the classic house sounds of a 90's club track, as well as the Roc & Kato Beat Trip Mix, with its soft keys and melodic saxophone solos blissfully complimenting the soulful vocals of Mark Anthoni.


Fire Island featuring Mark Anthoni 'If You Should Need A Friend'

If You Should Need A Friend