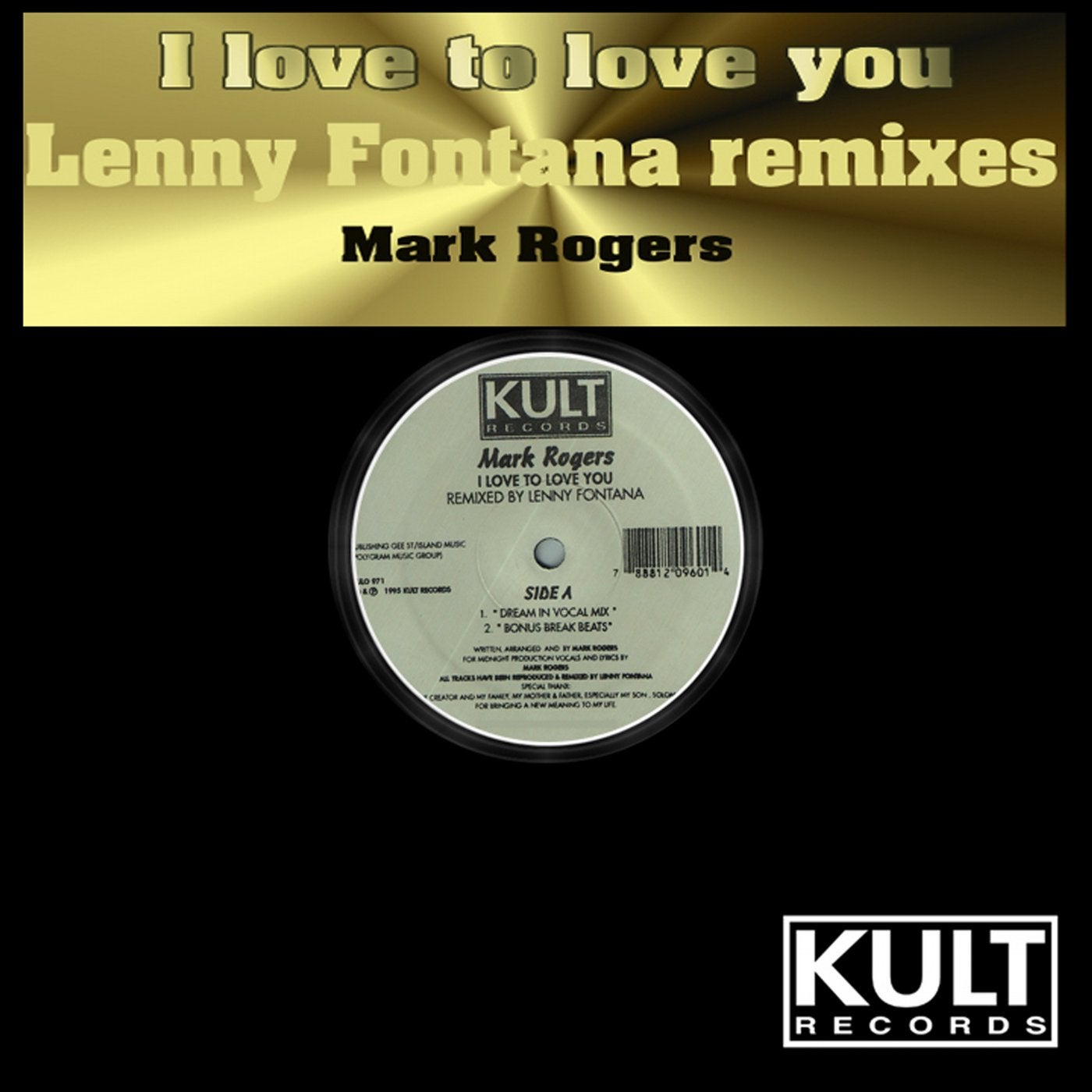 Originally released in 1995 on KULT Records, now we have remastered this classic for rerelease! Here are some ORIGINAL REVIEWS from the year it was released;


Mark Rogers I Love To Love You Kult Records is very pleased to offer to you Mark Rogers best work since I Promise. I Love To Love You Reproduced and Remixed by the soon to be legendary producer, Lenny Fontana. Lenny has produced a tune very much in the vain of The Bottle by Gil Scott Heron; where as it is a jazz-soul based house track that starts off on the ground and ends up somewhere in the clouds. With battling live saxophone and flute solos by Glen Guidone. Its already receiving advanced party at sound factory bar on Wednesday. This song promises to be an instant classic!!

Starting with the Dreamin Vocal Mix, this is a very nice jazzy flute and sax moving record. Its up temp and has a great feeling to it when your in one of the moods. Work that Sax baby. Secondly, the Atmosphere Dreamin Mix with the same feeling to it as the Dreamin Vocal Mix, this record is something that we all should have in our collection. Now in this version and organ is at you. The version is very nice to play on one of those long rides on the highway. Followed by the Love Dream Mix; Keyboards open this version and the synthesizer enters and gives a totally different effect. The mood is the same as the other two, but if you want a softer sound, listen to this. However, the kick is picked right up with some enchanting vocals. Lastly the Bonus Break Beats; the sound effects are right up front, which are very effective. The bottom on this I really like. Listen to this. Alright!

I Love To Love You (Remastered)