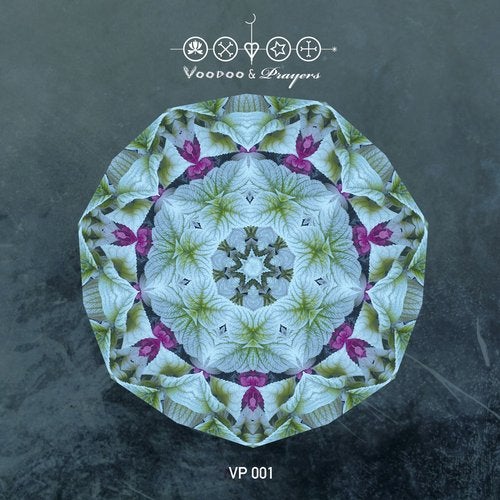 Voodoo and Prayers is a brand new label based in the UK and is the brainchild of dj / producer Moojaa. For the opening release, he has got together with longtime friend and fellow dj / producer Norman H to create "Hidden Depths". This musical coming together continues to produce music on a very large scale and shows no signs of stopping. Their previous works began as Supermunn, for a Concrete Jungle Remix of Scott Harrington's Jungle Fever on Stripped Digital, this was followed by their Epic Remake of the Sasha favorite "Neriya" on Stripped Recordings, which also had massive support from Nick Warren amongst others.

So now onto "Hidden Depths" first up is the original mix which is a 9-minute dread weapon, a huge wall of sound ready to knock down all that stands in its way. Born from a love of mid-tempo electronic music and an influential Andrew Weatherall mix, the deep moody bass line, and infectious groove takes you deep into the centre of the rainforest and asks you to join with the spirits that dwell within. This track is real witch doctor music and with vocals to match, low slung vibes, strange and otherworldly overtones which transform you to other plains and dimensions,

To project this release into the higher reaches of the universe we have the legendary Robert Babicz who imposes his renowned Babiczstyle to the release and in doing so we find the beauty and summer in his acid-drenched remix to brighten the soul. Gloriously spaced out and layered with those witch doctor vocal samples taken from the original, to complete the full close your eyes and get down experience. The driving kick coupled with a legendary 303 bassline, carry you off into the upper reaches of consciousness, as the track begins to float, breath and expand of its own accord. Still keeping the slow melodic feel of the original, he takes it two new highs and you could almost call this the version of the light, and something to lift and drive the spirit.

Now with total balance accomplished, the first release is one we feel could be the beginning of something special.