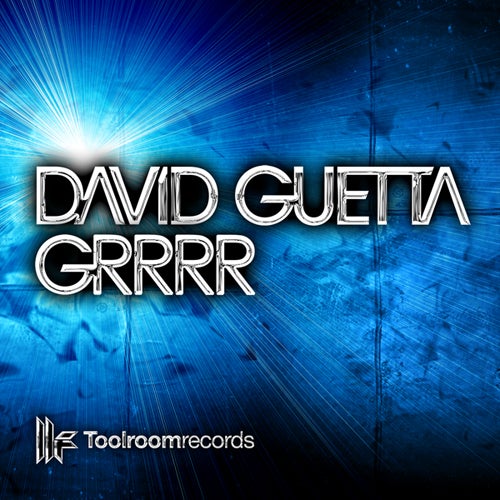 Anyone bearing witness to the phenomenon of David Guetta at any of his 200 or so gigs this past year will know his roots in club-land are deeper than ever. Even while having unprecedented chart success worldwide, there is no place David is more at home - or more powerful – than behind the decks. With the crowds in the palm of his hand, David effortlessly merges his signature sounds - big room vocals fused with his darker techier underground side. It is this deeper side that dominates his forthcoming release ‘GRRRR’ out on UK House label stalwarts, Toolroom Records.

Whilst David has been busy morphing himself into possibly the most recognizable DJ/producer on the planet, and fulfilling his passion to have Dance music shared by everyman, he still loves to turn out underground club tracks. ‘GRRRR’ - throws us back into the middle of the dark and sweaty dancefloor like David loves best.

During a recent collaboration in the studio with Mark Knight and Funkagenda, David passed Mark a copy of his new track, ‘GRRRR’ which was quickly snapped up by Knight’s Toolroom label, for an exclusive summer release. David knew ‘GRRRR’ would be a perfect release to represent the Toolroom sound that is at the heart of the UK’s house scene.

David flexes his musical muscles for this Toolroom debut, with a straight up techy dance floor stomper… ‘GRRRR’ has a buzzing bass-line and pulsating rhythm sits perfectly alongside a thunderous kick-drum and cleverly thought out percussion, whilst rising FX sounds weave in and out of the mix.

With global sales of more than four million singles and two million albums under his belt, road-blocked gigs from Space Miami to Ibiza, Cocoon to Cava Paradiso, Glastonbury to Manchester’s Warehouse Project; David is challenging the pre-conception. Yeah, he uniquely and boldly treads the tightrope most DJs wouldn’t dare to cross: the line between being a world-class club DJ and having huge crossover success. But he has served 20 years on the street and though he could choose to leave it all behind, his vision is simply to take it to another level.

Let’s celebrate the coming of Dance music; it was made to share. One Love!
‘GRRRR’ is passionate and real. Just like Guetta. And it rocks!
Don’t be boxed in. Raise your hands and open your eyes - for the love of House.