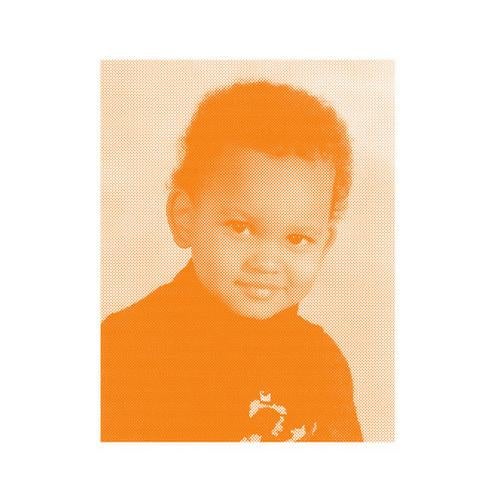 Is it a coincidence that Bambounou is exactly at the age where symptoms of schizophrenia start to manifest? Barely into his 20s, Jeremy Guindo-Zegiestowski's output has prodigiously burst onto a number of emerging labels, from his ambient percussive algorithms on the Youngunz Alpha EP to the garage house bravado of recent Clek Clek Boom release Night / Brawl. Still, despite his effortless ability to channel different genres all over the musical map, there's a volatile tension that sometimes rears its head in Guindo's work.This sense of internal tension was first notable in a video interview which discusses the origins of 'Orbiting', Bambounou's recently released debut album, showing Guindo enjoying a luxurious dinner with Sound Pellegrino label boss Teki Latex. During the meal, Bambounou casually mentions that Modeselektor's Gernot Bronsort has asked him for a full length album, uncharted territory for the young producer. Teki presses him about the project: 'Ok, big new here. It's a scoop. Are you going to do it?' Guindo rolls his tongue around in his open mouth in a gesture that looks like it couldve originated in grade school, eyes lighting up mischievously. Hesitating for just a second, he nods his head and grounds himself, a serious expression replacing his carefree smirk. He nods, 'Yeah, I will'. It might not be schizophrenia, but this moment shows a duality, hybridity, a divide that this writer thinks is an essential part of Guindo's personality and production techniques. Engaging, confusing, and awe inspiring. (Brendan Arnott)'Full Of Feelings' is released only 4 months after 'Orbiting'. A clear sign for unrestrained creativity and joy. While the track 'Filled', an eclectic monster, transitions perfectly from the sound of 'Orbiting', 'Brim' merges Chicago House and Minimal Techno, before the home listening etude 'Boarder' closes the EP with yet another facet of the broad musical spectrum of pretty boy and young french genius Bambounou.