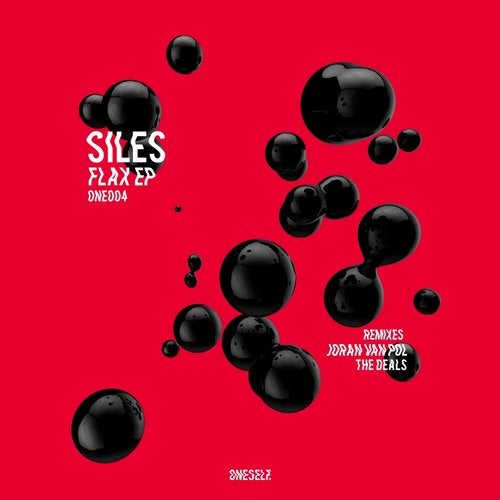 Since its first release, ONESELF.'s aim has been releasing the best cutting edge minimal and techno sounds produced by artists from all over the world. This fourth release couldn't be an exception, but there was a way to make it even more special: The Barcelona based record label decided to explore all techno spanish dancefloors in order to find the best mind-liked artist that could represent what the label sound is meant to be Siles. Siles' defined and matured techno, refreshing as usual, fast and clever as always, is the best answer to ONESELF.'s local research. His superb EP Flax comes with two original tracks and two remixes by legendary artist Joran Van Pol and the Barcelona based The Deals, ONESELF.'s co-founder and one of the most active djs and producers in town. The Valencia based DJ and producer Siles combines an enormous trajectory hardened both in clubs and in the studio. He is undoubtedly the most talented name to join ONESELF.'s artist crew, preceded by successful and acclaimed names such as russian Maksim Dark, canadian Johnny Trika and argentinian Ukka. Flax EP takes over your nervous system like only the most engaging and addictive tracks are able to do. Dislock hypnotizes you from the first beat and won't let you stand still until the last one. After the experience, you will be willing to play it another time, is as enslaving and fun as you can imagine in your best clubbing dreams. How can a single track be that soft, dark and genuinely captivating, all at the same time? Find the answer by yourself, letting your soul be absorbed by a gravity bouncing beat and intriguing and seducing voice that will reach the most unconscious and hidden parts of your brain. The Deals' Dislock remix complements the original and expands it by adding exquisite percussion and rhythm, keeping its essence and masterfully opening another dimension where you'll want to be in it too. Flax names the EP and it's also the opening track by Siles. Assembled in a sturdy and increasingly powerful structure, it will easily become a must play track for experienced techno djs. No other than Joran van Pol could have done such a great remix for Flax. The dutch artist, acclaimed from his early beginnings, when Richie Hawtin and Dubfire edited his first releases in M-NUS and SCI+TEC, shows why he continues growing as a headliner artist that can't stop making the crowd dance, no matter if we're talking about Tomorrowland, Space Ibiza or Awakenings. Because legends are kindly made for connecting with their supporters and they become better as the time passes. If minimalist techno is evolving again, thank Joran van Pol for being at the center of this more than welcome next step, a part of a massive evolution that ONESELF. wants to contribute in every release. You're invited to become a part of it, unlock your mind and feel yourself at home.