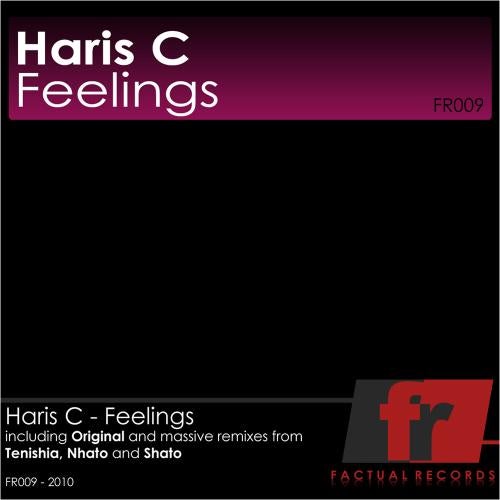 When we say Energy, Euphoria, Banging Beats in other words Trance music then songs like the forthcoming 'Feelings' come straight to our minds.

Haris C has done it once again after his massive 'Symphony' track on which was released early this year now he introduces his new single called 'Feelings'.The delightful pianos in combination with the gorgeous melody are just two elements that make this another stand out track for Factual.

On the remix duties we have called up on Armada duo Tenishia on which they were so kind to provide us with 2 mixes.Their Club mix which includes lush chords, summery strings and warm pads and banging percussion's stand out really really well to give this track a momentous feel.On the other hand the Nissi Beach Mix its more chilled and can be used in all occasions like beach, radio or club..it's up to you to decide.

But the feast doesn't end there as two more talented artists were invited to remix Haris C latest outing, SHato and Nhato, completing this package in a way it can only be explained by listening to them.