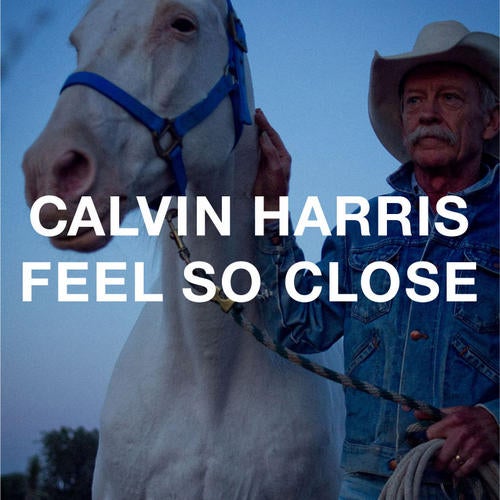 Following the radio and chart smash Bounce feat. Kelis, Calvin Harris releases his storming new single Feel So Close on 21st August. Feel So Close will come just a month before Calvin embarks on a 56 date UK and Europe tour with Rihanna kicking off in Belfast on 28th September and which includes 10 nights at Londons O2 Arena.

Whilst Bounce featured vocals from superstar Kelis, Feel So Close features vocals by Calvin himself. The single is indie meets dance and whilst having the usual catchy hit factor of a Calvin Harris single, it has an anthemic euphoria in its feel good chorus and echoing guitars and drums. Already premiered on Pete Tongs Radio1 show last week, it is most definitely set to make crowds ecstatic from the dancefloors of Ibiza to the festival crowds of Creamfields and Big Chill and is sure to be one of the anthems of the summer.

The video, shot beautifully by Vincent Haycock who also shot the video for Bounce, is a rollercoaster of happy emotions and cant help but make you smile. Remixes come courtesy of Nero, Benny Benassi and Dillon Francis.

Calvin Harris has had a crazy few years with seven Top 10 singles in his career, including two #1 singles with Im Not Alone and Dance Wiv Me (with Dizzee Rascal) and over 1.5 million tracks and 500,000 albums sold in the UK. Bounce has already kicked off 2011 with a bang and Feel So Close is set to make even more of a mark on the charts.

Since his last album, Calvin has been touring the world DJing everywhere from Las Vegas to Ibiza to Australia. Calvin DJd to a packed tent of 10,000 people when he headlined the King Tuts Wah Wah stage at T in the Park two weekends ago, playing one of the best shows of his career to date. Calvin will also be playing The Big Chill, headlining the Revellers Stage, Creamfields on the Club Life Stage and the Swedish House Mafia Tent and with DJ residencies across the globe in Las Vegas and Ibiza before joining Rihanna on her huge UK and European tour this autumn.