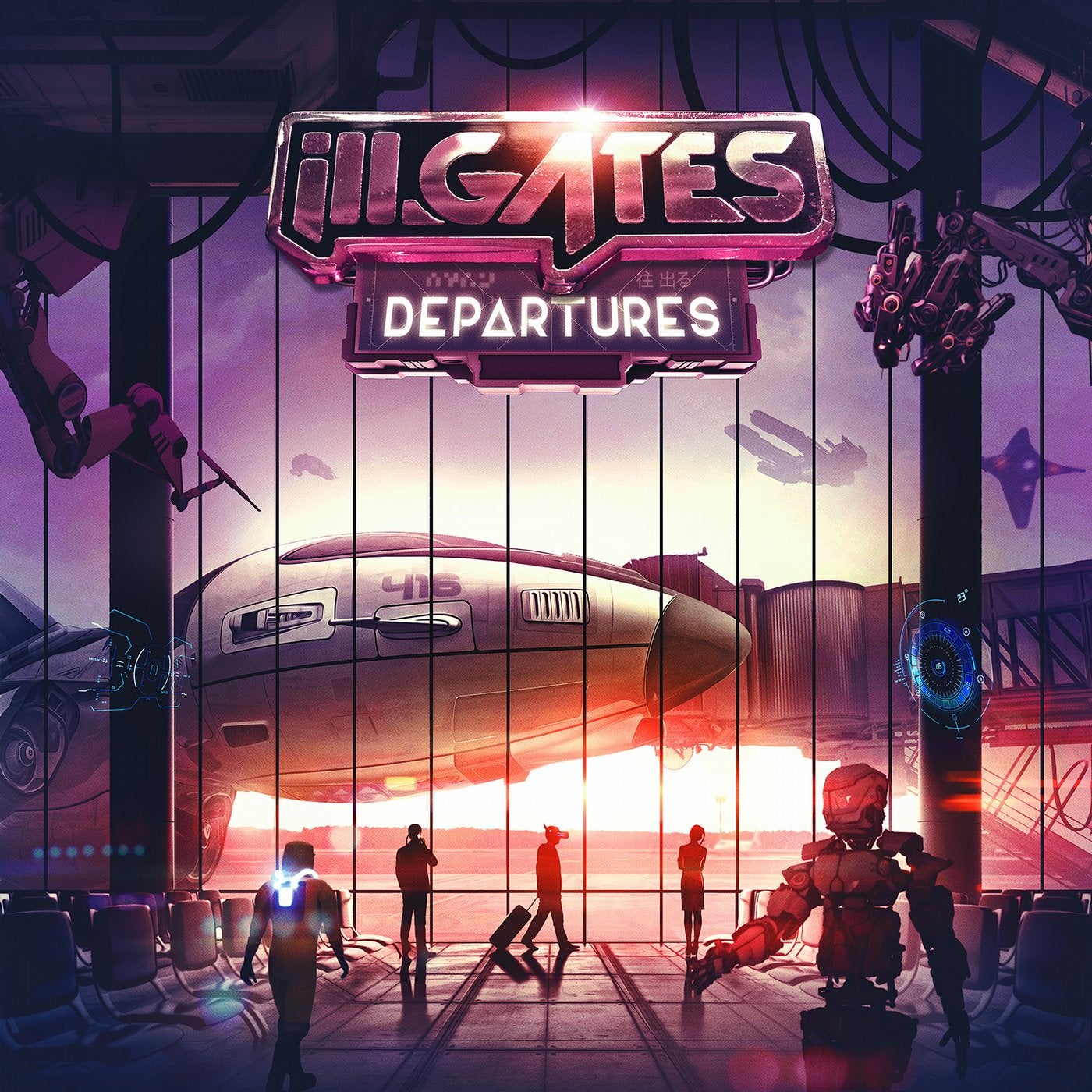 Weve heard the samplers and now its time for the album to drop. On Departures, ill.Gates delivers some of his hardest hitting bass music slammers and also some of his most intricate sound design and experimentation. A large amount of the album was also composed on live video feed with ill.Gates fans witnessing his production process in real time, commenting and begging for release dates. The release day is finally here and the final result also includes collaborations with Stylust, KJ Sawka and Mr. Bill as well as a banging remix of an Andreilien tune.

ill.Gates is a Toronto-born Los Angeles based composer, performer and educator. Over the past decade, he has established a global fanbase and a reputation as one of the most dynamic electronic music artists around. His first full-length release, Autopirate' (Muti Music, 2008) charted on iTunes and dominated on Beatport, the epic 18 track album The ill.Methodology (Muti Music, 2011) cracked the number 1 spot on iTunes and remains a strong seller.
His 2017 Terminally Ill album, saw huge response with features on EDM.com, iDJ Magazine, The Untz, Raverrafting and global radio play. His collaborations with Bassnectar have had epic success and remain some of the top selling electronic tunes on many retails and streaming outlets.

Artwork by The Firm Graphics