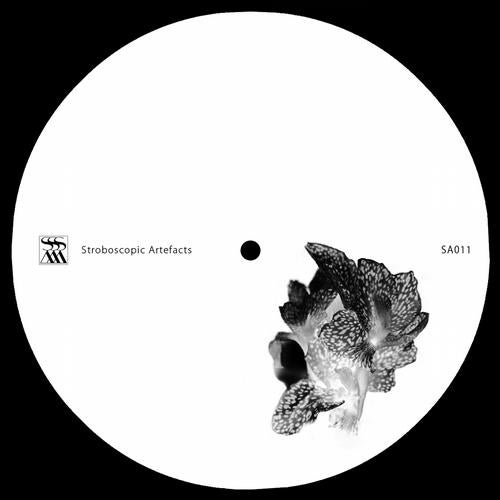 Cutlass is the 12" that precedes Sword Xhins forthcoming full-length album on Stroboscopic Artefacts. Four tracks from the album have been selected and spliced into completely new forms by four producers with very separate agendas. The minds, computers and analogue tools of Surgeon, Dadub, Pfirter and Perc have extracted new visions from Xhins Sword with nothing short of scientific precision. On A1 Surgeon takes the gnashing dance floor focus of Teeth and grinds down the straight-up beats into oblique fragments. In this obscure realm unknown sounds slither together in the background, and what could be a plane in take-off could equally be the papery rumple of an accordion. And what Surgeon creates is deeply hypnotic. Dadub shift the axis that Foreshadowed was build around; it becomes tilted by the weight of a dub-filled undercarriage. A2 is anchored in a strange atmosphere and documents an oddly liminal state. The track hinges at the tense cusp of something about to happen, but doesnt reveal the whole story, this is just the prologue. On the flipside Pfirter moulds the gnarling Vent and makes it brutal. Pfirter galvanizes the track adding 4/4 at its hardest, its most indestructible. For B1 he submerges parts of the Vent letting driving dissonance come to the fore. The vinyl is closed by Percs reinvention of Inside. On B2 the originals jangles become offbeat claves, and what was a dream-like state becomes one of disorientation. Perc artfully carves into a deep, diaphanous landscape and amid strange bleeps and fizzles of static something crystallizes, and its something regretful. A cutlass just like a sword but with a slightly curved blade, and accordingly the way that Surgeon, Dadub, Pfirter and Perc cut into these tracks is experimental and left of the centre. The four producers remixes uncover latent facets of Sword, adding not just anticipation to the release of Xhins album, but also widening the scope of Stroboscopic Artefacts soundscape. SA011 was craftily mastered by Artefacts Mastering, Berlin. Words: Clare Molloy