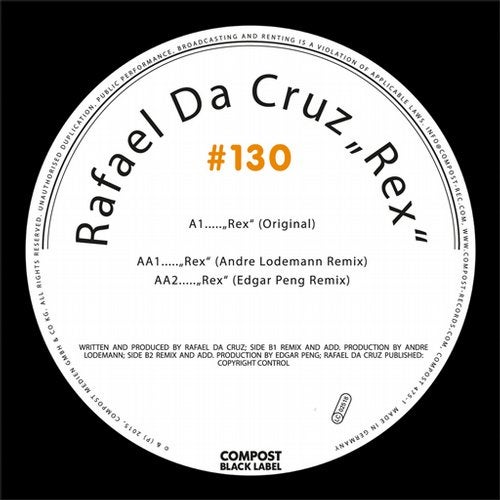 Colognes finest Rafael Da Cruz is back for his second Compost Black Label after his debut last year with Renaissance. Dark and floating on Rex this time, with an incredible remix by Edgar Peng and an epic version from Andre Lodemann, that earned a lot of love from guys like Âme, Dixon, Sandrino and more over the last couple of weeks. 2015 was a good one for Rafael Da Cruz. He toured through South America, Thailand, India and Europe and played legendary spots like D-Edge, Warung and Watergate. With Right To Love he runs an own night in Cologne since almost three years in the well known and undisputed best club in town called Gewölbe. The story continues and this chapter is called Rex.