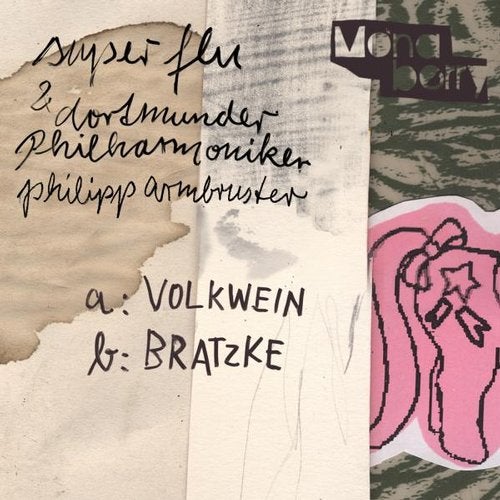 So what do you do having celebrated a year that has seen you release your own successful artist album, which then spawned a remixed version, that then led to much hyped compilation album that celebrated a label milestone? Well, you hook up with the Dortmund Philharmonic Orchestra for you next project… Obviously. Halle's Super Flu have done just that for this, their latest release on Monaberry. The coming together of this unruly band of music outlaws, and Super Flu, is truly something to behold as they join forces to deliver a musical precursor ahead of their exciting live performance on November 17th*. Together with Philipp Armbruster and the Dortmund Philhamonic, Super Flu present the Volkwein EP, a truly magical musical experience. *November 17th sees Super Flu & Dortmund Philharmonic play their debut performance of their collaborative project 'Schilder einer Baustelle', including a special selection of Super Flu's own work along side popular classical pieces. Don't miss it. Get tickets from here: http://www.theaterdo.de/detail/event/1-konzert-fuer-junge-leute-groove-symphony-dortmunder-philharmoniker-super-flu-schilder-einer/ http://www.plantage13.com