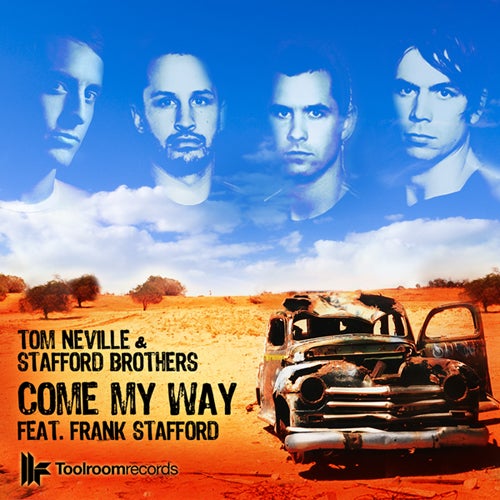 Tom Neville is one of the UK’s finest producers cleverly walking the line between the underground and popular sound, his solo projects captivate the cooler dancefloors from Sunday night soiree’s in London to sell out Festivals in Australia with his remixes for established acts including Keane & Britney Spears oozing credential points for the original artists. Hailing from New Zealand The Stafford Brothers are certainly no strangers to success, their current rise to the top has seen them conquer Australia and beyond to become one of the world’s finest DJ & producer Duo’s unleashing their ‘Hands in the air’ sound to millions across the globe.

Tom & the Stafford Brothers met years ago back at the Platinum Club, Gold Coast when Tom was touring Australia at the time. Through a mutual love of music and beer the guys became good friends and started to plan a studio collaboration! During their return tour of the UK the Stafford’s teamed up with Tom in his Studio bringing with them the vocal talents of their Cousin Frank Stafford. With all these talents combined it was a sure fire recipe for an instant hit, ‘Come My Way’ was born and is now due to be released to the masses with its anthemic festival sound, rock inspired vocals and analogue electro bass.

The remix package boasts a list of A grade artist names including Jerome Isma-Ae, Hatiras & Mark Simmons
Jerome Isma-Ae delivers an outstanding remix cementing his reputation as one of the fastest rising producers the progressive collective have witnessed in recent years, his perfectionist approach shines with his sound of tight crisp drums, driving bass and lush chords to create a whole new genre anthem for ‘Come My Way’!
Next up award winning Hatiras deploys his twisted, wacky & energetic production style to create a bleeped out jacking remix that will rock every dancefloor from the UK to Oz! Make no mistake, this is HUGE!
Mark Simmons delivers an up tempo tech house workout that delivers the goods in every way; big FX, techy stabs & rolling bass combine to create a dancefloor gem that will be accessible to DJs across the board.
‘Come My Way’ is a spectacular release for all involved and is set to be worldwide anthem this party season!