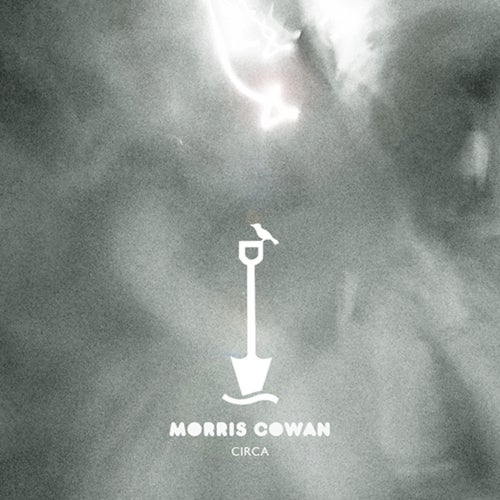 We welcome Morris Cowan with his debut album Circa on Zaubernuss. Those who follow the releases on Traum might have noticed Morris has done remixes for us recently.His remix of Ryan Davis on the Routes of Life release and the one for Thomas Bjerring and David Skog´s pop anthem Ice have made an impact on our friend and tastemaker Dominik Eulberg who sees in Morris Cowan an artist with a strong vision and enormous talent. Morris Cowan is based in Manchester and has made himself a name as an extreme forward thinking artists who gives the term song writing a new meaning.His genre bending quality is amazing as well as revealing.Here electronica made with modern devices is taking in influences of experimental indie rock, dub step, techno and ambient.Psychedelic moments remind us of one of our favourite UK bands: White Noise formed in London in 1969 by American born David Vorhaus.Circa is a breathtaking artistic debut with an already strong developed handwriting of it's own. If there is anything such as perfection, Morris Cowan has come very close to it!You might call it the most modern release so far from the Traum Cosmos.Morris Cowan twists and manipulations suggest a craftsmanship of an audio-painter... the flow, despite all musical content, is almost jazz stricken and as lively as a living organism!The album starts with Cavern Jive, maybe this is the strongest track of the whole album, but who are we to judge about that. Cavern Jive sounds as if Radiohead had teamed up with Morgan Geist in a wild session. Here at least 3 genres clash in a magnificent funky way. This track leaves us speechless, with mouths gaping open. Hasten Chimera begins as if a solo musician was preparing his live set in front of an auditorium with 5000 people, building up an incredible acoustic tension, then plunging head over heels into a an organ like chant, that builds up into a magnificent crescendo. Conflate turns towards a more listening electronica tune, strong with ambience widening its stream of sound on various levels step by step.Sunnyville feels like the most complex composition on this album, if we dare to say that, including explosive passages as well as introvert acoustic ones, connecting them in an virtuous way hard to explain.Desire Line is a track that describe a dreamlike state making turns into dub step, including free associations of experimental nature.Magnetor kicks off in a techno way but counteracts with lush melodies which are twisted and bend in the course of the track. This track works well with Desire Line picking up similar techniques and moods.Elixir is the most jazzy of all tracks, intense rhythmic programming including acoustic drums and melodies which make our hair stand on their end.The last track Flutterby is a wonderful funky trax, which connects to Cavern Jive keeping all elements in a magical balance, creating a spiritual level of enormous intimacy.