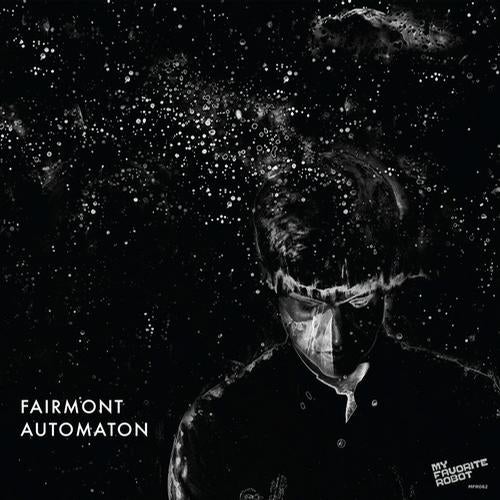 Duplicated from (My Favorite Robot Records Fairmont "Automaton") My Favorite Robot Records team up with Canadian electronic music heavyweight Fairmont for a stunning new album of vocal driven techno that blurs the lines between indie & electronica.. Roving Canadian troubadour Jake Fairley aka Fairmont has built up a loyal worldwide following throughout the course of his ten year long musical career. Albums and singles for leading global labels such as Border Community and Traum Schallplatten have established Fairley as a key player in the world of electronic music, whilst his perpetual travels across land and sea, bringing his live sets to the masses, have bonded him with music lovers on the four corners of the planet. The past few years have seen Fairmont spreading his musical wings, with the his techno killer 'All Dreams Are Nightmares' on Areal and the disco tinged 'Emax/Bercy' on Beachcoma, but it is perhaps with his recent gothic/indie inspired releases on Border Community and Traum that he has given the clearest insight to where his future sound lies. That future has seen Jake Fairley join forces with one of Canada's hottest exports of recent times, the ever- excellent My Favorite Robot Records. The Robot crew have been a long time followers of Fairmont's career and when the opportunity came up to sign him for MFRR, they jumped at the chance: one listen to Fairmont's latest LP and it's abundantly clear that this was a very wise move. 'Automaton' is a perfect fit for the Toronto imprint with his dark & melancholic yet heart warming mix of richly produced electronica and vocal led songs. From the up tempo and stirring opener 'Creatures of Night' it's clear that Fairley will be pulling no punches; robustly mixed and taut with atmosphere, his vocals carve a channel through the deeply hypnotic electro influenced backing, whilst the live guitar parts give the record a distinctly 'indie' edge. This indie sound in fact runs throughout the album, from the soaring melodics of 'Waiting' to the quirky shuffle of 'Last Dance' and on to the gothic eighties inflected 'Tiny Diamonds'. 'Automaton' is an album that deftly marries influenced from across the decades, fusing 70s and 80s synth sounds with electro elements and themes from modern techno, electronica and indie pop. It is a darkly melodic record that highlights the broad musical talents of Fairmont and his ability to bend genres at will and is a wonderful insight into the world of this ever-evolving artist. In line with the release there will be a full album tour showcasing, a new incarnation of the Fairmont live show, highlighting Fairley's unique ability to perform what is simultaneously a rocking stage show and a killer dance-floor set.