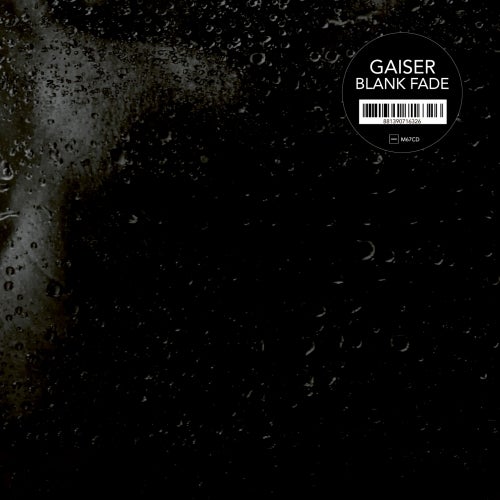 In a genre where artists often struggle for identity, Jon Gaiser is one of those rare producers whose sound is instantly recognisable. The solo projects, collaborations and remixes he’s created over the course of his output on Minus, all contain a very specific signature to the point where his tracks come alive, communicating in a language that speaks with the strangest, most intoxicating of tongues. His highly anticipated debut album, Blank Fade, is no exception, and it sees him pushing the envelope even further resulting in the most comprehensive and impressive body of work he has accomplished so far. Alongside this he has taken full advantage of the vinyl, digital and CD formats on offer to not only produce a collection of stunning individual tracks but also to mix them together in a way that typically reflects his live performance. The body of the tracks remain the same but Gaiser works the seamless transitions to the max by extending the intros and outros to reproduce those magical live moments when a third place momentarily slips into view. In doing so he has created an experience where the whole piece becomes greater than the sum of the parts. Blank Fade represents a mixture of tried and tested ideas generated on the road (such as the show-stopping first single Trunkated) and new material written during Minus’ 10 weeks of silence. The main premise for the album is to start in one place and end up in another without realising and seeing how Gaiser’s music works like a soundtrack to some hidden nocturnal habitat, full of weird and wonderful creatures that stalk the darkness, it’s not long before we’re lost in the forest of his imagination. Eerie and atmospheric, Volve sets the scene perfectly, drifting amid a wash of distant echoes and ghostly EFX before a solitary kick drum punctures the darkness. Face Down continues the theme, gradually picking up the pace as the beats begin alternating around a tight, metronomic snare. A pulsing sub bass loop carries the groove while abstract vocal cutups penetrate deep into the subconscious. With a perfectly executed mix, Ground effortlessly switches to a 4/4 kick pattern as Gaiser slowly turns the screw, continuing the unearthly vocal theme against a sparse backdrop of crackling electricity and metallic drones. Suddenly we’re in classic territory as Ciliate With lets fly with a trademark bass riff that’s soon joined by one of those memorable bleeping call and response riffs that could only ever be the work of Gaiser. Whether Or Not maintains the tension with an equally urgent bass line and a brutal snare that powers head first into a swarm of warping synth lines, before Substance B turns in a percussive frenzy that’s as devastating as it is intuitive and will create absolute mayhem on the dance floor. The CD overlap into Comma, Fade is as good as they get, ushering in a more subliminal groove driven by a funked up bass/organ riff and cantering percussion, while Leave It dims the lights once again with pitched down vocals and distant, drifting sirens that add a hint of menace to the mix. This all sets things up perfectly for Trunkated - a real powerhouse of a track, that’s as complete as anything you’re likely to hear this year. Every element is honed to perfection from the molten bass to the irresistible percussion parts, from the ischievous, dancing bleeps to the twisted synth motif that seems to rip through the delicate fabric of reality. Descending Order then goes into freefall, releasing the pressure value as distant melodies gently eat into your serotonin supply and you lose yourself in the breakdown. One After continues the theme utilising a sliding, bass driven variation of the preceding melody as the beats finally begin to thin out, allowing the slow, ambient drift of Outline to smooth out the fragmented memories of what has gone before and draw things neatly to a close. Finally, the unmixed digital download album also includes the bonus track Rate 78.17, a beatless exercise in bass manipulation that represents another experimental string to Gaiser’s bow and in doing so, suggests there’s much more to come from this exceptional producer, musician and live performer.