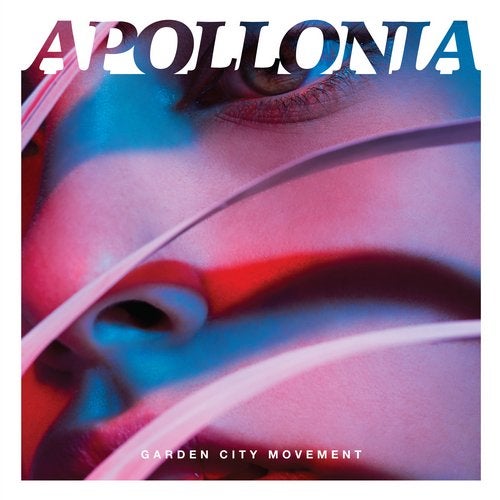 Garden City Movements debut album Apollonia is set for release on 16th March 2018. The trio of Roy Avital, Yoav Saar and Johnny Sharoni produce a blend of sounds drawn from their diverse cultural worlds; ranging from art-pop to experimental house to horizontally-aligned vibes. Since surfacing at the close of 2013 with their breakout track Move On, Garden City Movement have released Entertainment and Bengali Cinema EPs, the Modern West 12 in collaboration with The Vinyl Factory, climbed the Hype Machine Popular Chart with multiple singles, recorded live sessions for Boiler Room, Majestic Casual and FACT, opened for Bonobo, Caribou, Alt-J and played all over the world. The band's music video for Move On received a nomination for Best Music Video at the LA Film Festival, won Best Video of The Year at the MTV Israel Music Awards and the video for Shes So Untouchable screened at Raindance Film Festival in London. Recording through 2017 at their studio in Tel Aviv, Garden City Movement took the time to explore their sound as a band. From the combination of dream-like vocals and cinematic-RnB in singles Slightly All The Time Before I Fall and A Means To An End to the leftfield four-four of Mediterranea and Sans Titre or the ethereal jazz of I Knew Before I Met Her (That One Day I Would Lose Her) and worldly influences of the title track - the heightened craft in their production is firmly felt across the albums 18 tracks. After releasing three EPs, which each had a very tight deadline, recording the album has been a chance to grow. Its the first time we have been able to really take the time and experiment a lot in the studio; try to develop and deepen our language, come up with new sounds, and take our techniques even further. - Garden City Movement, August 2017 The album takes a darker path lyrically; exploring the breakdown of a fading relationship and the depression, loneliness and abuse that follows. While not explicit, this melancholy grounds the album in the real world. The fusion of forward facing production and confessional account of human-interaction frames an emotional and honest album of modern soul music.