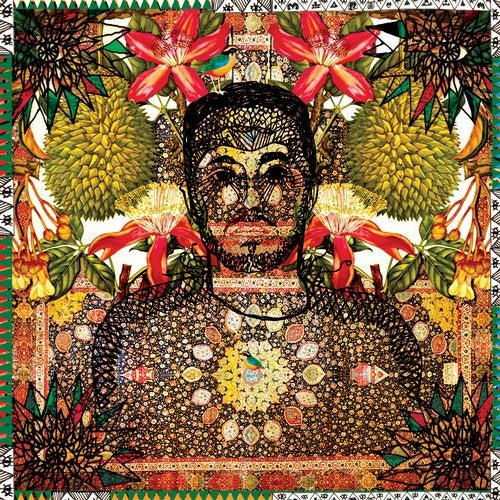 Few artists can claim to have their own distinctive musical voice: a style of composition and production that listeners instantly recognize. For starters, it takes years of experimentation to perfect, and most people simply dont have the patience, talent or skills to pull it off.

Ali Kuru is one of those rare producers whose music sounds like nothing else around. The Istanbul-based artist has spent the best part of a decade honing his trademark style a fragrant and intoxicating aural brew that combines a myriad of influences with atmospheric field recordings and snaking, mind-altering Middle Eastern instrumentation via releases for the likes of Luxa Flex, Kalisah, Sound Architecture and, most recently, Leng.

It's to the latter label that the publicity-shy producer returns with his most ambitious release to date, Egzotik. 15 tracks and 70 minutes deep, its not so much a debut album as a statement of intent. From start to finish, it feels like a humid, sweat-soaked saunter through the winding streets of Istanbul in the company of a musician who draws more inspiration than most from his immediate surroundings.

Those surroundings come to the fore on opener 'Bazaar', where tipsy horns and gently strummed electric guitar passages slowly rise above the sound of a harbourside market.

They're present, too, within the souk rhythms and cascading pianos of 'Zorba The Greek', beneath the gentle throb of Lost 'Bedouin', inside the spaced-out, stargazing pulse of 'Hiyar', and around the chiming melodies and mournful strings of hushed ambient closer 'Adios'.

Kurus genius lies in his ability to take familiar musical tropes and twist them into unique, Ottoman-inspired shapes. So, while 'Tangerine Dream' doffs a cap to the stretched-out hypnotism of the legendary krautrock band of the same name, its reliance on backwards drum hits, locked-in grooves and psychedelic sample loops is a far more contemporary proposition.

Some may hear the influence of Detroit beatdown in the slow and dubby house grooves of 'Le Voyage De Space', while others could describe the drowsy 'Ashoka' as being Weatherall-esque. Yet none of these tracks, layered as they are with traditional Balkan, Persian and Arabic instrumentation, sound like anything other than Ali Kuru productions.

The result is an album that surprises and enthralls in equal measure. Highlights come thick and fast, from the bubbling, dub-house psychedelia of 'Mount Damavand' and haunting deep techno humidity of 'Sacred Vallley', to the Augustus Pablo-in-Ankara shuffle of 'Jungle Flower' and potent hookah hit of 'Return To Paradise', where sampled voices rise above a typically tactile groove.