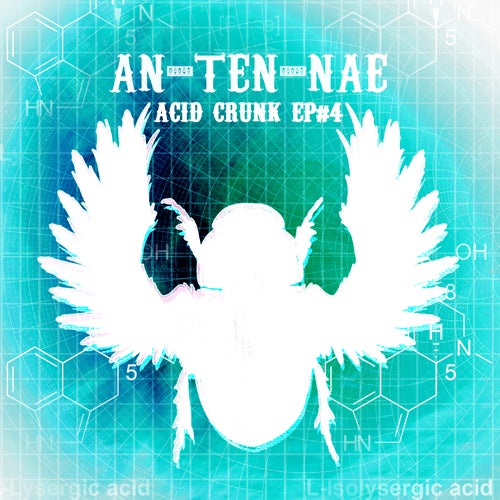 An-ten-nae’s Acid Crunk EP 4 fulfils all the themes that have been featured in this ‘acid crunk’ series that has included remixes by Ghislain Poirier, Lawgiverz, Dov and vocal stylings of Samba. Once again Samba is featured, however An-ten-nae delves into his dubstep influences this time for a very deep and pleasurable experience.An-ten-nae’s sound has been evolving over the past few years into what we’ve been calling his ‘Acid Crunk’, featuring influences from Urban genres like Grime, Dubstep, Hyphe Hip Hop and his prior productions in Electro House and Breakbeat. The new crunked out midtempo sound with driving beats and big hitting basslines has been gaining more and more attention as he has played alongside everyone from Freq Nasty to Sinden, Medhi, Sebastian, Modeselektor, Drop The Lime and the who’s who of midtempo breakbeat scenes on the US west coast including ‘The Glitch Mob’ and ‘Bassnectar’.