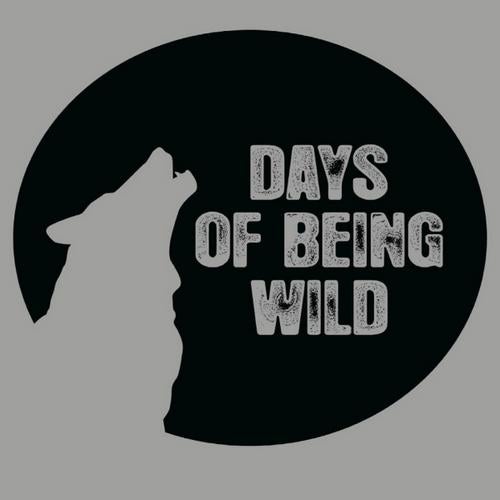 Londons French expats Franz Kirmann, Jerome "Catalepsia" Bazzanella and Ludovic "Loud" Morin have decided to join forces to form Days Of Being Wild. Based in The Sound Dept. (Franz and Louds studio in Brixton), Days Of Being Wild is an off shoot of the three producers own labels (Metis and Photogram) where they will concentrate more specifically on dancefloor orientated music, digitally and on vinyl. The aim is also to release music by other artists and there are some surprising ones in the pipeline for 2011... After the split EP Liza/Sick Of That Shit released in November of last year, Jerome Bazzanella aka Catalepsia takes central stage this time around and delivers Harbouration, a darker and more twisted take on his signature sound of old school techno and dirty bass. An old English dictionary gives the following entry for "Harbouration: A collection of anything unpleasant. "My sakes alive!" What a harbouration orubbish there is in the hays". This is what Jerome used as a starting point for this dark little groover... "I wanted to do something groovy but slightly off the mark. Something dirty and sweaty but that still makes you want to dance." So here we are! Harbouration is built around a tribal techno beat with some lo-fi dry percussion sprinkled on top while twisted industrial and sci-fi sound effects propel the track forward. At its climax it could easily soundtrack an obscure rave party inside the Nostromo spaceship, after its been taken over by aliens. The remixes are not making things any sweeter... Canadian producer Area is a prolific and talented producer who releases on Francois Kevorkians Wave Music as well as Ethereal Sound, Steadfeast and Echospace. Freshly back from a Japanese tour, Area found Harbouration in his inbox and obviously didnt think it was "unpleasant" enough. The tribal element is toned down this time around, and the remix is built around a more straightforward techno beat probably stolen from a closed down car factory in Detroit. The mood is dark, very dark but the groove has been sexed up and should appeal to anyone into SandM... French producer Najem Sworb provides the second remix. Najem releases records on highly specialised label AI and knows a thing or two about how to make you dance and suffer at the same time. The original off the mark tribal / techno beat is preserved here, but a more electro feel has been added to the track with the help of a relentless and repetitive high pitched bleeped synth that should leave you breathless by the time the remix ends.