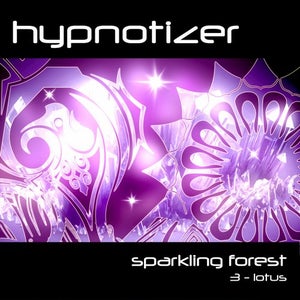 Third and ultimate part of < Sparkling Forest >, the trilogy by ISAAK HYPNOTIZER, "3-Lotus" is the outcome of an enlightening voyage through the secrets of Isaak's magical psy-vegetal world. Floating on the lake of the lotus, HYPNOTIZER surfs Psy-ambient, Chill-Ethnic, and Dub waves. 4 beautiful tracks, including 2 titles by Organic Dreamers (Hypnotizer vs Ashania). An exclusive fifth track is offered as a bonus with this new opus, as well as with the Trilogy Special Edition Album ! Have a psychedelic dreamy voyage. Released in the "Sparkling Forest" trilogy : 1-Digitalis, 2-Mandragora, 3-Lotus.