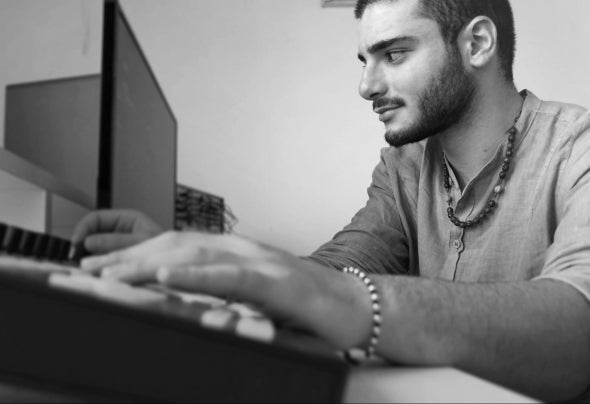 Jeremy aka Ymer was born in Pesaro in 1996. Since he was a little boy he had the passion for music, in fact he started playing guitar at 10 years old. Three years later, when he was 13, the high interest for electronic music began to arrive. First of all he started to do DJ but later began composing with first DAWs (digital audio workstations). Some time later at the age of 15, he enrolled in a course of Electronic Music and Sound Design at “Zero Crossing School” in Pesaro, an academy in which he learnt to use Max Msp and every DAWs that are commonly used in recording studios or production studios. The duration of that course was of 2 years, so after this, he decided to inscribe at university, precisely at the Bachelor of Arts: Hons in Audio Production at SAE Institute. At the moment he still attending that course. He has already released his first track in a label with Arteria Music and his first EP on Mantide Records, there will be soon more releases.”