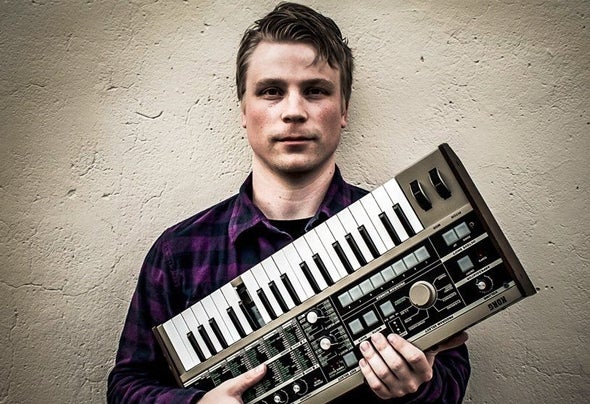 In 2011, after 10+ years of classical piano training, Ryan Magnusson began to break out and explore new genres. Marrying his love for bass heavy hip hop and electronic music, Ryan began to construct his brand of Trap infused EDM under the moniker Viking Breakdance.In just a few years, Viking Breakdance has made big strides in the EDM community, accruing over half a million plays on SoundCloud, and earning features on some of the biggest music blogs in the world.With a true passion for live music, Viking Breakdance puts on one of the most energetic and original performances in EDM. While mixing his tracks, Ryan is flanked by a synthesizer, a vocoder and a drum machine, which he uses to recreate songs on the fly.