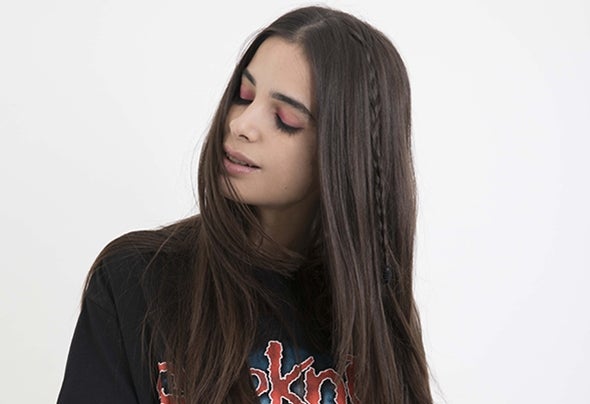 Having shared the stage with the likes of Zeds Dead, Borgore, Netsky, Datsik, Nero, Chromeo, Fatman Scoop and more, Italian DJ & producer Rossella Blinded’s hard work and dedication has paid off and she has become a force to be reckoned with in bass music. Recently deemed “one of the most important representatives of Bass Music in Italy” by Beatport and off the back of an extensive USA, Europe and ASIA tour schedule, she played at some of the hugest festivals and venues around the world such as Mysteryland (NL), Sunburn (IN), Coliseum Stadium (USA), Nameless Music Festival (IT), Create (USA), G+ (CH), Vics (CH), Kitty Su (IN), Yost Theater (USA), Eden Ibiza (SP). Her tracks and EPs have been premiered and reviewed by UKF, Spinnin Records, All Trap, DjMag, Dancing Astronaut, Djlist, Trap Style, StraighUp! Music, Hype Trap, You Beat, Trap Town, just to say some of these names. Her sound is 100% bass and her sets are a journey spanning from Trap, Dubstep, Metal core riffs and melodic breaks. She has been chosen as brand ambassador by Sony Headphones, Adidas Originals, Nike, DLYNR and Sapopa. She also hosted in LA a radio show “Bass Coast” on Bass Island Radio. She interviewed names as Flux Pavilion, Borgore, Stooki Sound & more. She is also in the official Djanemag Rank “Top 200 Djanes” and she has been nominated as “Best Woman Dj” at the Italian Dance Music Awards. Now Rossella has just started her first World Tour and she has just released her 4th EP “Resilience” and her new single – a massive collaboration with the legend Fatman Scoop.Stay tuned for the most amazing year of Rossella Blinded!