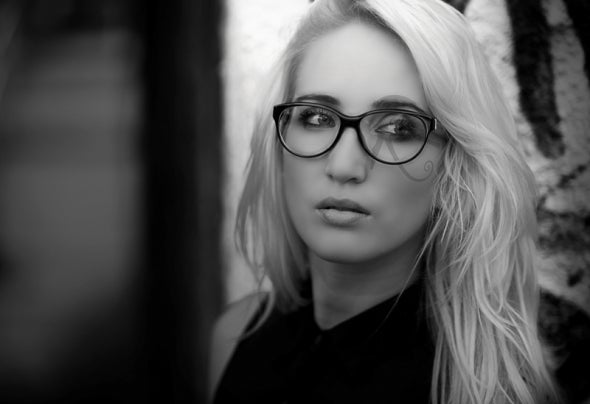 Vanessa’s insatiable curiosity about the true origins of the universe, plus an esoteric understanding of the meaning of “In the beginning was the word” (i.e. In the beginning, in order to activate the process of evolution, the Multiverse was created when a thunderous primordial sound was emitted from the cosmic egg). In present day the sound is expressed as 'Om' (Aum); a pure sound that enables human bio-magnetic energy to come into balance.Experimenting with this understanding has led her to infuse special transformational vibrational frequencies into her productions, thereby creating music that truly resonates positively with humanity. She is constantly pushing boundaries, transcending rules and trends, creating her own distinctive sound and offering music that in its purist form, expresses freedom, expansion of consciousness, truth and love. When in her creative space her ardent love of music making seemingly takes her beyond the limitations of the third dimension. Time freezes and she drifts into another dimension of reality from where she brings back her unique offerings.Venturing further into the magical layers of the music, she has completed her Advanced Music Production diploma with Soul Candi. With her fingers in a world of soulful and deep melodic music-making, Vanessa has been signed to Heads & Tails Record Label, by far one of the most established deep/nu-disco house labels in South Africa.Vanessa’s first EP release “Deep Layers” is an elegant serving of her musical productions. This EP was inspired by her cavernous passion for electronic dance music and producing. It’s heartfelt, deep and incorporates the many layers of her creative expression. The EP can be found on Beatport. Under the alias Violet, Vanessa also produces an ambient, melodic, down tempo, tranquil and serene sound that follows the smooth electronic chill out genre. She also regularly visits the Red Bull Music Studios in Cape Town, where she can constantly improve her skills on her productions as she believes that you can never know too much in the world of production - you learn something new every day. Vanessa has been DJing for almost 10 years - growing from club and festival performer, to radio presenter, savvy businesswoman and producer, taking her love for sublime beats on the journey. With roots in vinyl and playing progressive trance, Vanessa is one of the first female performers to sustain the ever-changing scene, exploring sounds, technology, dancing, singing, fashion and even piano lessons, as an intrinsic part of her creative expression.Today, her music is inspired by a more sensitive and sensual house sound, avant-garde underground, still influenced with a melodic undertone, and generously applied with a passion for Apple Mac and Traktor precision. If she can perform on vinyl and if the club/event will accommodate her request she performs on vinyl. She favours a blend of euphoria, femininity and finesse and indulges the productions of Alex Niggemann, Audiofly, Maya Jane Coles, Los Suruba, Maceo Plex among others. Record labels she is inspired by include Supernature, Crosstown Rebels, Diynamic, Aeon, Soulfooled, Get Phys ical, Vis ionques t & PokerFlat. Her work on the club circuit has taken her beyond the borders to London, India and Ibiza, as well as all overSA and deep into Africa. Here, experiencing the cultures in Kenya, Botswana, Zimbabwe and Namibia, inspired her tribal rhythms.Vanessa has done shows on some of SA’s best-loved community and web radio stations, including Dance Web Radio, MFM in Stellenbosch, 2Oceansvibe Radio and now on Assembly Radio. “The Underground - you are what you listen to,” a radio show hosted every Wednesday from 4-6 pm, was created so that she can experiment with a more subversive and intelligent sound to push boundaries and share creative musical DNA comprising of sounds that are anomalous and contagiously unique.Vanessa Holliday has no qualms about her endeavour to consistently improve herself and her technical performance, and it’s this same graceful approach to working for success and impressive ambition that has propelled her into starting her own communications and events company. Younique Concepts focuses on fashion, entertainment and lifestyle PR, as well as staging their own events and collaborating with other artists all over the world. A large part of this role functions within the music industry, a connection she’s grateful to be making.Be sure to catch her EP releases on Beatport, as well as her album release later this year. She has also recently been signed to Sullivan Room Records in New York with some of her own productions and remixes being released.Vanessa has left the crowd in the dust, as her unique adventure continues into the vast void...To listen to her mixes and production visit SoundCloud: http://soundcloud.com/djvanessa-hollidayTwitter: @vanessaholliday Facebook: http://www.facebook.com/DJVanessaHolliday Beatport: http://dj.beatport.com/vanessaholliday Website: www.vanessaholliday.comYoutube: http://www.youtube.com/vanessahollidayThe Underground Radio Show: www.2oceansviberadio.com