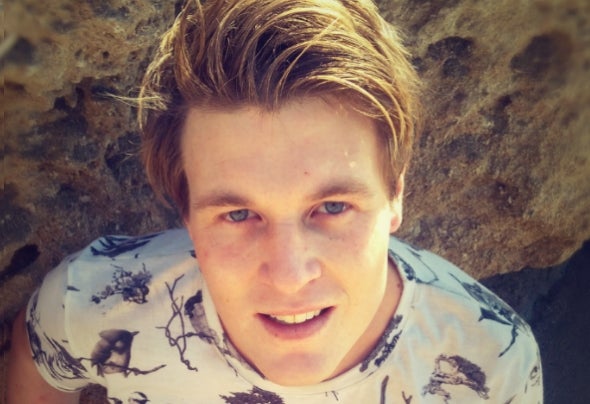 I was born in Sweden -87 in a town called Kungsbacka. My father bought me a guitar when I was 12 and around that time I where listening to metal and hardrock. I ́ve got intressed in electronic music at a age of 14 when I tried to find new metal band's, I searched for 666 thinking it was a metal band , but it wasn't it where techno... and to my surpise I loved it. I was the only one in my friend group listening to electronic music and started soon to play along with my electric guitar to electronic music. My father bought me a midi synth in 2002 so it was then I started creating electronic music, and I was fiddling around with my synth creating wierd sounds and beats. I have always been creative and doing wierd things, not only music but I also paint, draw, building things and spinning poi's.I started djing in 2002, at that time I was only 15 so it was just for fun at that time. My first set where I played my own music was in 2007 and from there I started to create my name in Sweden. I have since then played at alot of different venues and forest's around in SwedenNow I live in Cyprus and have 3 albums in total released, 1 by "Geomagnetic records" 1 with "Hi-Trip records" and the latest album released by "Timelocks" record company "Dropzone records"I make music with my own sound and style, When I've started the project "Twisted Desire" in 2013 I had one goal in my mind, To make people dance and be happy, I create psytrance and try to keep a unique style and soundscape.My biggest influences in music have been Timelock, Astrix, Skazi, Vertical Mode, Infected mushroom, Flyh, Shpongle, Sesto sento, Psiralfe and of coarse alot more.For me, music is all about feelings and emotions and I feel that Psytrance is the genre that I can express this the best.