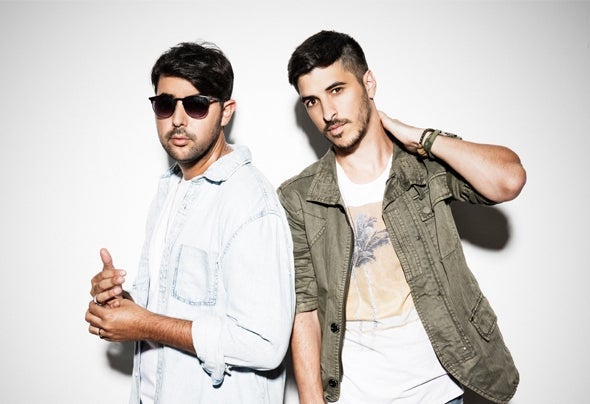 Teamworx journey began as two classmates, Ben Azoulay and Saar Lagziel, bonded over a shared passion and hunger to create their own unique signature sound. What started as a part-time hobby has now launched them to the forefront of the current electronic dance music scene, becoming an integral part of their daily lives.In less than two years, Teamworx have dominated some of the scene’s most reputable imprints, including Spinnin’ Records, Protocol Recordings, and Fonk Recordings, and have captured the support of world renowned A-lists such as Steve Angello, Nicky Romero, Hardwell, and Afrojack, to name a few.The duo’s breakthrough hit came in the form of a blazing collaboration in 2016 with the ‘Make The Crowd Go’. Swiftly picked up by Protocol Recordings label head Nicky Romero, the track became one of Protocol’s most prominent releases that year, and received a separate vocal rendition shortly after due to it’s immense success. The track became a major festival mainstay, working its way into the sets of Steve Angello and Fedde Le Grand, as well as countless others. ‘Make The Crowd Go’ was also featured in one of Pioneer’s CDJ marketing campaigns, where Steve Angello was shown demonstrating a new setup to British icon Tinie Tempah, with the track playing in the background.2017 has witnessed the release of what has become one of the year’s most supported tracks, according to 1001Tracklists. The duo’s collaboration on Spinnin’ Records alongside Tom Swoon, called ‘Atom’, has skyrocketed charts since its inception, and has become a staple in the sets of dance music icons such as Axwell / Ingrosso, Zedd, Steve Aoki, and Hardwell, gracing some of the most distinguished stages and venues worldwide.