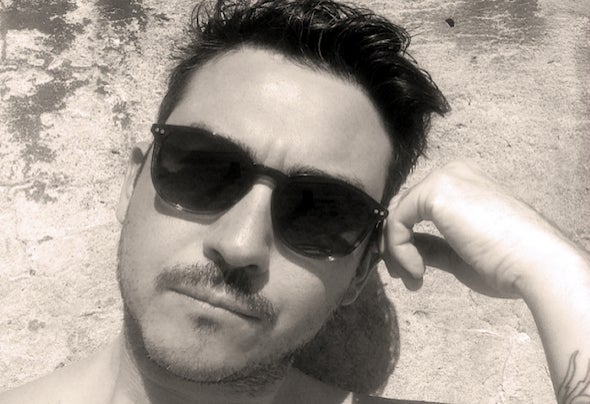 SHIVERS* aka Timothy Love is on a journey..The Sydney based Dj / producer is of Antipodean stock, but it was his formative years living in the metropolis of London through the early 90’s that has forged who - and what - he is today.SHIVERS* is a product of a rich melodic history. Drawing on an array of genres and inspiration of the past to solidify his inimitable and unique sound, today.Harmonic fluency and percussive persuasions are witnessed through his productions. Each piece a homage to a time, a place or a feeling and running through all, the effortlessness of deep, raw emotion.With a career spanning almost fifteen years in dance music - he has seen, heard and experienced things, worlds and sounds that others have not; that others have perhaps not allowed the fringes of their soul to explore.With musicality that oozes nocturnal ambience and an antique neon dream like quality SHIVERS* will take you on a capricious escapade through all his life has encountered. Vast spaces and endless galactic particles streak past in a blur, as if riding shotgun in the mothership itself - wonder and awe abound.His debut 2012 release on the cult Berlin imprint Mother Recordings (Love Falls / Strangers In The Dark) was met with much critical acclaim; and rightly so. It is forward thinking house music, dark and brooding but with evocative hints of the past – a rich musical past at that. The iconic Ibiza Voice reviewed the release declaring it ‘would no doubt remain timeless for years to come’ and awarded it with a coveted 8/10.The wider musical fraternity also embraced the release with support coming from uber tastemakers around the planet – Deetron, T he Revenge, Droog, Dj Sneak, Dyed Soundorom, Kiki, Fur Coat, Catz n Dogz, Audiojack and Reboot but to name a handful..Since then releases on Neim, Runnin Wild, Exotic Refreshment, Escapism Musique and more have followed and have already hinted at what looks to be the beginning a future filled with much promise..Hyperbole aside - it’s all about the connection between an artist and their work and above all else – ‘sound’ is the mark that SHIVERS* intends to leave on all, beyond time..