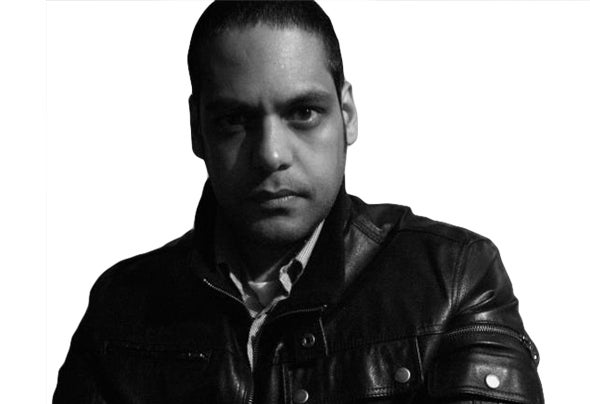 "I try to capture the immediacy and truth of a given moment in sound and rhythm."Seán Savage was born in Toronto, Canada and spent his summers in London, England. As a result, he was exposed to many different types of music. This was the basis of the formation of his musical ethos. "I would listen to Chris Sheppard's live to air broadcasts in Toronto and to BBC Radio 1 in England. This musical diversity proved to me that I could like whatever type of music I wanted to and I did not have to pigeonhole myself as so many teens do."Seán Savage is many things. He is a mastering engineer. In fact before he even finished the Producer Engineering Program at Toronto's Harris Institute, he secured an internship at The Other Studio mastering studio. He is a producer, a remixer, a performer and a radio presenter. Most importantly, he is a fan of music. "I think music should make you move, evoke an emotional response and be memorable."Savage turned this affection for music into a job. "I started playing music for people at events and clubs and when I wasn't doing that , I would go to clubs and study how other DJ's interacted with the crowds. I would soak it up." Seán would win crowds over with his seamless mixing, spot on song selection and timely music programming. This would fan the flames of a desire deep down in his soul. "I started noticing things I would change in other producer's songs". Savage slowly began reworking songs to meet his needs as a DJ. "I would extend intros, bridges and outros so they were easier to mix." This helped him enhance the intimacy between the audience and himself through music. But something was missing."I saw the crowd reactions to other people's music and I wanted them to react like that to my music." But there was one problem, he had no music of his own. The era of the "White Label" proved to be his market research. "I would sneak in some of my own tracks into my DJ sets. When people would ask me what the song was, I would say it was a 'White Label' to gauge their authentic reactions". Seán decided to focus his energy on developing his skill set and enhancing his talent.After attending production school and working as a Mastering Engineer, he started remixing songs for artists. "Remixing is fun, but sometimes it can be difficult because you have to fit inside of a creative box with established boundaries from the label, management and the artist".In 2013 Savage founded his own music label, Dibgate Records. "It was important for me to be able to make my music my way and release it myself." The creative experience is of paramount importance to the gifted producer. "Every time I go to my studio to create music it reacts in a different way. Nothing is guaranteed. I capture mistakes and combinations of moments. My music lives in a grey area between perfection and mistakes. I think it has its own beauty." This has lead to a consistent work ethic resulting in a steady stream of label releases. "I don't like to work on songs for too long. Intellectualizing art robs it of its' life force. I am driven by a creative force and power that doesn't depend on anything or anyone but my creative need."Seán Savage is one of a very few producers to emerge fully formed, in full command of his craft, his identity and his music. "I follow the inner voice that tells me what is right. These are the most genuine moments in my life. I am clear minded and I want to deliver my art. Sometimes I feel like I am into something that is not understood by others. Regardless if I receive any support, it is something that I am connected to. I develop ideas and only do things that feel right to me. This is the best creative power. I am driven by something I truly believe in."Savage has displayed his willingness to expand the components of his productions while staying firmly rooted in what he does best. "My songs are made for the dancefloor not the radio. My songs develop in a very specific way. They are meant to be danced to. Dancing and listening to music are two very different experiences. For me the true pleasure is when I feel that I am a part of the music. It's such a magical feeling. When it seems like all the world is a part of the music and just connected.And instead of being alone you are suddenly not."What differentiates Seán Savage from other producers ishis inimitable sound created by blending the mechanical with the spiritual. His music rolls house and techno into a soulful, kinetic experience. It is ultimately about moving bodies all the while giving way to an unprecedented degree of dynamism on dance floors around the world. Wild music for the eternal soul.