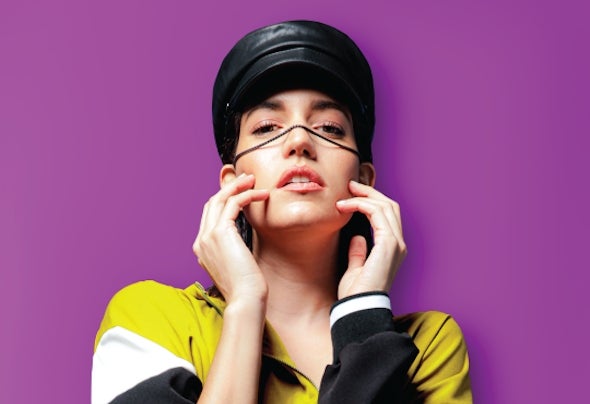 Sara Carolina Maria Castro started her musical career in 2009, becoming the world’s first panamanian DJ, producer of electronic music, who later on, developed her path and transcended into a recording artist, voice-over artist, writer and composer for different genres and areas in the audio and music industry. She has performed in numerous festivals, corporate, brand events and parties in Latin America, USA and Europe. Sara started releasing original music in 2011 when she moved to Berlin and began to incorporate in her show, different kind of musicians, creating authentic musical fusions in her DJ sets, which led her to use more her voice and produce more music, that she released throughout the last years and became the singles for her first album LooSeeD Roots in 2015. In 2017 she went back to Panama where she had the opportunity to produce and write the soundtrack for the panamanian movie Donaire y Esplendor and partnered with the panamanian musicians Samy and Sandra Sandoval to release fusions of their music with electronic music, urban and panamanian/latin rhythms and sounds. In 2018 she traveled to Los Angeles to create the first release of the project with this panamanian fusions called La Patrona Remix where they put together artists from different countries to collaborate. After the release of La Patrona Remix in 2019, Sara started working on her fusion EP with the Sandoval brothers releasing it on 2020. She is also currently working on her first urban album.   Keep your ears open! "It's only by creation, not by competition" SC