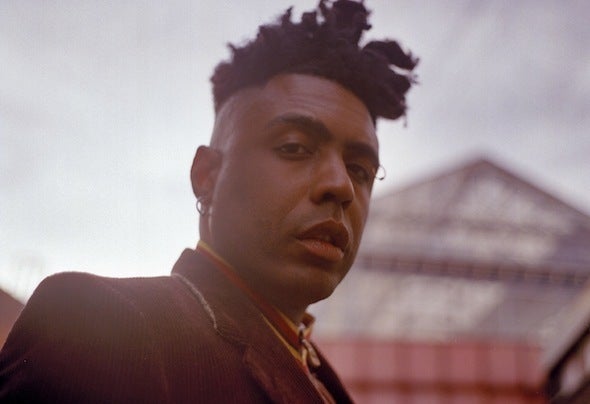 Omar’s ‘Sing (If You Want It)’ album - featuring collaborators including Stevie Wonder, Estelle, Common and Angie Stone - will be re-released by Tru Thoughts on 18th July 2011 with the addition of two new bonus tracks (one of which, the Zed Bias collaboration “Dancing”, is currently riding high on the BBC 1Xtra playlist, and the other is a remix by Bob Sinclar, the multi-million selling producer behind the smash hit “Love Generation”). Omar’s sixth album, ‘Sing (If You Want It)’ is a bona fide soul classic and was all set to tip the UK soul sensation into the pop-star realm, once and for all, on its release in 2005. However, a series of setbacks – not least the sudden collapse of the record label involved, a week after release – severely dented its chances of breakthrough success. Hardly a flop, it impressively still sold over 50,000 copies, but as Tru Thoughts A&R and long-time Omar fan Robert Luis says, “it was so heavily anticipated, and with collabs from the likes of Stevie Wonder...well, everyone knew it could have sold ten times that”. Having recently made contact with Omar through his work on Maddslinky’s 2010 album ‘Make A Change’, Robert Luis found himself chatting to his soul hero about how they could work together to re-promote ‘Sing (If You Want It)’, as well as some exclusive new material that he had bubbling away, and this new, augmented version of the album is the result. The “Dancing” single highlights Omar’s continuing appeal in today’s music scene. Tearing up radio and clubs across the UK and beyond, it is currently sitting pretty on theBBC 1Xtra playlist; also picking up plays from BBC Radio 1’s Rob Da Bank, MistaJam and Trevor Nelson, and across Kiss FM, Choice FM and other stations. The fresh, fun video, which you can check out on the Tru Thoughts YouTube channel now, is also making its way onto the youth and music TV networks. Omar’s enviable career – which has seen him sell over half a million records - first started taking shape more than 20 years ago, when his debut single for indie label Kongo Dance made him a hot name on London’s underground. Then came the hit “There’s Nothing Like This”, in 1992, which captured the imagination of soul fans the world over; Stevie Wonder declared himself a fan on first hearing it, and vowed to work with him. Further releases on Gilles Peterson’s label, Talkin’ Loud, were followed by a move to RCA, for whom he cut two albums (including 1994’s ‘For Pleasure’, on which he worked with legendary Motown producers Leon Ware and Lamont Dozier), notching up critical acclaim and introducing him to several more of his musical heroes and heroines. In 2000, now the leading icon of the UK’s resurgent soul movement, Omar released his fifth LP, on French imprint Naïve Records; ‘Best By Far’ was a self-produced set on which his interest in cinematic soundtracks and jazz rose to the surface. This time, Erykah Badu and MOBO winner Kele Le Roc came good on their promises to work with him. Robert Luis summarises: “Omar is just a hugely influential and talented artist, and importantly he has always been respected by fellow musicians, which is proved by all the people queuing up to collaborate with him.” With “Sing (If You Want It)”Omar embarked on a new phase of his career, one designed to bring him directly to a wider public than ever before. With the sheer quality of the music, underpinned by the world’s finest on collaborations, the album’s hit potential was clear; now this reissue is set to bring it back into the limelight, and into the record collections of many old and new Omar fans around the world