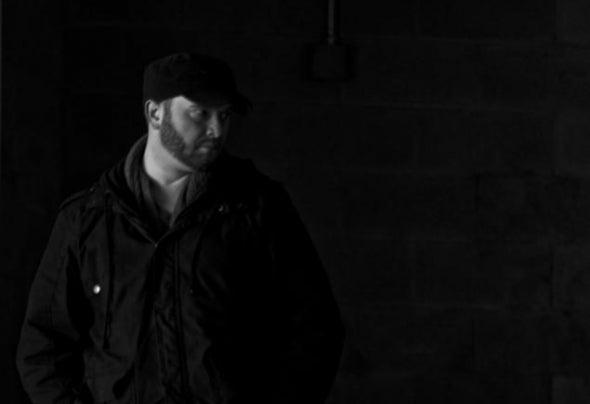 Surrounded by the pure, uncompromising beats and sounds coming out of the birthplace of Techno, Mykel Waters did not stand a chance. He was swept up in the sound and movement that placed Detroit on the map and into the hearts of Electronic music lovers worldwide. He was introduced to the scene at an early age and began archiving all this amazing music around him. He became a student as he collected and studied his favorite tracks. The next natural evolution, after years of being inspired by the likes of Kevin Saunderson, DJ Pierre, Derrick May, he dared to DREAM. At the age of 18 Mykel invested in his first set of turntables, spending countless hours working on perfecting his own style of musical expression.Fast forward to 2009 Mykel added “Producer” to the “DJ” title he had earned giging all over Detroit. He was noticed by Craig Mitchell of Slanted Black Records out of Boston and signed Mykel as an Artist and DJ. The dream became a reality. Mykel’s first release on Slanted Black was titled “A Night in Detroit and is found on the compilation “Miami Tested, DJ Approved” CD. Mykel also went on to release his first EP with Slanted Black titled Memories a three track ep that included his tracks Interrogation, Dedication and My Drums.His sound cannot be classified as one style or Genre because his music is from deep within his soul. If we were to define it it would be best defined as bringing together bass heavy grooves with melodic sounds and fragmented vocals. The structure of his DJ/Live sets can be referred to as flawless, with build ups, intriguing vocal samples and melodies which are crossed with deep rich grooves and heavy bass lines. He is truly amazing to hear and to see him live is breath taking. Never a bored soul when Mykel is on.Joseph Bonifacio Jr under the moniker of Mykel Waters is now recognized as one of the most respected upcoming Techno/TechHouse producers/dj in Detroit, performing at virtually every major venue in Detroit and headlining the Radar Alliance music Festival in Quebec, Canada.The future looks very promising for Mykel. Slanted Black signed “Release” which immdiately drew major support from Legends in the industry such as DJ Pierre, Roy Davis Jr, Craig Mitchell and Robert Owens. The title could not have been more appropriate because 2011 seems to be the “Release” of Mykel Waters. Amazing things are happening with another track due out soon which got the ear of former Strictly Rhythm A&R DJ Pierre. “Hear What I Hear” was noticed by Pierre and he, without warning, invited Mykel in on the remixing project of a House anthem “What Is House Muzik?”The Dream is now a Reality.