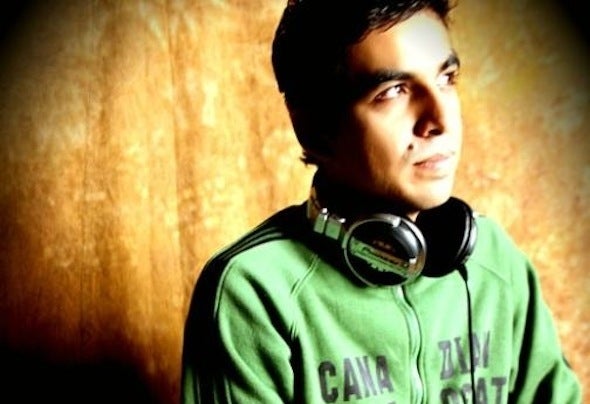 Marko Zavala Born in Monterrey city and at the age of 8 started to learn how to play guitar in his first school years, after that, he was invited to work on a mobile Dj and learned to Dj in 1994, since there never let the turntables go again.. Afer hard trying to adopt the computer as a musical instrument he started to make his own tracks in 1997 using barely basic software and a mid end drummachines and synths, after that, he started to use some new softwares achieving great results and in 2001 started a residence in the club which watch him born as a electronic renowned artist: Skizzo Electroclub... There, he achieves 7 years of continious opening nights to world renowned artists such Sasha, Deep Dish, Max Graham, Darren Emerson, Astro & Glyde, Saeed & Palash, Sandra Collins, James Zabbiela, James Holden, Steve Porter, D:Fuse, Green Velvet, and we can go on... just to name a few. Also, made great nights with the most important Mexican DJs Around Like Martin Parra, Karlos Elizondo, Ramiro Puente, Andres MIjangos, Pepe Mogt & Ramòn Amezcua (A.K.A. Fussible & Bostich), Gabriel Sordo, Alejandro Davila and many more!.... In 2004 joined the renowned "DJ Concept" magazzine contest to search the magazzine's theme and won 3rd national prize in the whole country, putting him in the national map as a talented producer. Now, with a bunch of releases over the most influential digital download music stores around the globe, Marko is working on remixing coleagues every week, and recently in february just released his first full lenght album named "Individual" on "Animal PLay Minimal" label and the music is going on and on, remixing artists like Montenegro, Beatamins, Bernardo Basso, Sharkatronik, Cheeptek, Penwin, Los Amantes Tenores, and a list of some bootleg mixes including, The Black Eyed Peas, Frank SInatra, The Police, and more just to name a few. His book includes a proyect with a renowned percussionist Rogelio "Maromas" Peña, which was named "FX OVER WAX" and they released just 3 tracks in one E.P. named "Shift From The Materialistic" 18th September 2008 with "The Family" records.... In a constant evolution Marko bring the music on and on!!!!!