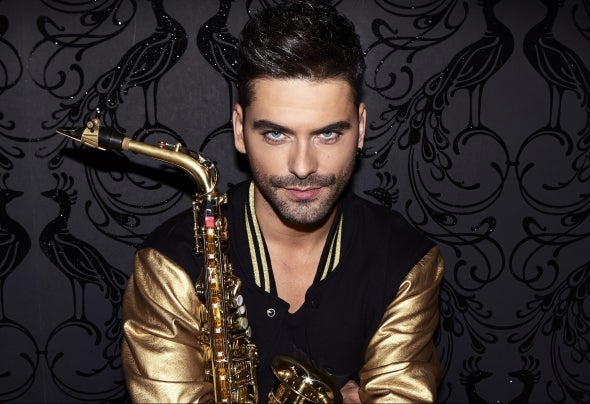 LuGotti ́s great potential became apparent in 2002 when, after auditioning in Barcelona, he was awarded a scholarship to study at the prestigious “Berklee College of Music,” in Boston (Massachusetts, USA). Consequently, his American adventure began the following year, increasing his knowledge with mazing artists.The development of Lu’s extraordinary technique and musical vocabulary did not go unnoticed, and during 2004 he became involved in many different projects and collaborations. Travelling to New York for the recording of “The Funk On Me,” Lu recorded with such legends as Fred Wesley (trombonist for James Brown and George Clinton) and Kat Dyson (guitarist for Prince). Working with the band, “The Funk On Me”, Lu was invited to play at the “B.B.King Blues Festival”, accompanying the famous guitar player and his band, throughout B.B. King’s Spanish tour.In 2005, Maceo Parker invited Lu to join him on his “School’s In” tour and accompany him at the Roxy Theater in Boston. There, Maceo introduced Luis to the American public as “the Spanish promise of Funk”.True to form, LuGotti earned his Degree from Berklee College of Music with the highest honours: Bachelor’s of Music, Summa Cum Laude, specializing in Saxophone Performance and production.Upon his return to Spain, he alternated teaching and performances as soloist. His versatility led him to collaborate with diverse musical personalities and to participate in numerous recording and television productions, both as a musician and as an actor.Lu’s blazing professional trajectory to date makes it obvious why he is a top saxophonist and producer on the national/international scale. More than 15 years playing in the best places around the world like Cavalli Club Dubai, Ministry Of Sound (UK), Ushuaïa Tower Ibiza or Hard Rock Ibiza among others... support his trajectory.