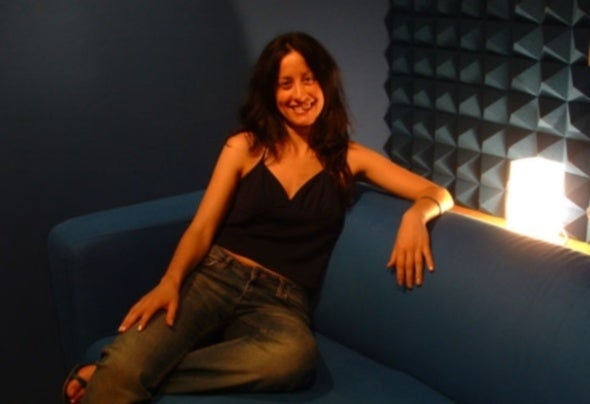 Lisa Maroni's story has its roots in a ground that is a blend of sound, language, music and literature. She has a BA in Foreign Literatures and Languages ( Brazilian and Anglo-American) and a CELPE - Bras ( Certificate of Proficiency in Brazilian Portuguese ). Maroni studied Jazz singing and Improvisation Techniques at the Accademia Nazionale del Jazz in Siena with Fabrizia Barresi . Other artists helped her studying and approaching jazz, some of them are: Lisa Thorson, Bobby Watson, the amazing Maria Pia De Vito, Bruno Erminero, Cristina Emboaba and Tiziana Ghiglioni.She defines herself a jazzy trained vocalist, but musically, vocally and existentially “in search”.Five years ago, this research took her to Brasil and filled her heart and voice with gratitude: from the favela Santa Marta in Rio to the small centers of the interior, from the percussive nights in Pelourinho to the soulful intimate talks with her friends in Ribeirao Preto. Brasil revealed her "anthropophagic" side!Lisa Maroni's first important works came as nu-jazz and lounge music interpreter: the song Por-do-sol was included in the famous “Buddha Bar Compilation (vol. VI)” and in “Outro Brasil”, then there was the collaboration with the producer Giacomo Bondi and the challenging artistic cooperation with Andrea Belli’s nu-jazz project “Ostinato”, as vocalist, lyricist and composer.Maroni still keeps singing and performing, researching, writing, praying, loving: her way of living and being is what she puts into her music and voice.