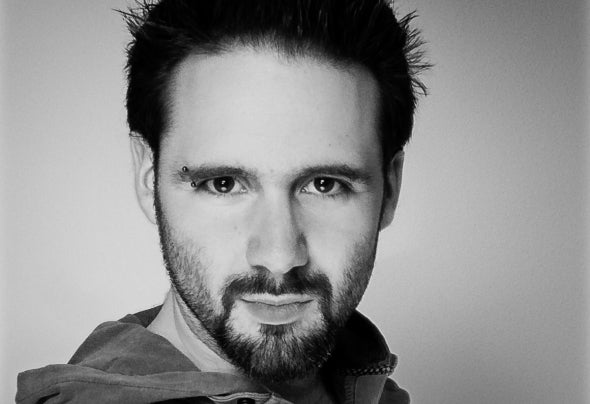 There is no denying that Lex Newton knows how to handle a dance floor. It only takes a good mixer and a full frequency range sound system for Lex to drive an audience crazy. Be prepared for an evolving set full of straightforward rhythms, jazz inspired harmonies and dance floor moving tracks from this talented producer and DJ from Belgium. Add some finely crafted breaks and exhilarating climaxes, and you will most certainly get a night to remember.Born in Brussels, Lex Newton was raised by the sound of disco, funk and jazz records and immerses himself early into music. For almost 15 years, he will learn classical and jazz music theory, piano and bass alongside renowned virtuosos. It is upon a trip to London in the mid 90s that Lex discovers UK House. This will be the birth of an unconditional love for chord based, snappy electronic music. A few months later, he begins producing his own tracks as well as composing and performing live in several West European countries behind keyboards, bass or drum machines for various projects. From that day on, the stage was his second home.Lex decides to further improve his technical and producing skills and successfully graduates as a sound engineer. He then will learn deeply behind the mixing desks of music industry, live venues, TV and radio broadcasting.In only a few months, Lex gets to remix JD Davis and the Belgian electronic music pioneer band Telex on the Pschent imprint. Putting in practice more than 10 years of production, he also kicks off his mastering services, putting the final touches to tracks by international heavyweights such as Chab, Pole Folder and Rodriguez JR on imprints like Abandon (Proton), A Must Have, Dirty Soul, Faith Music, Pschent or Reworck – to name just a few.Last but not least, his debut Back To New York EP, released in 2013 on the Electronical Reeds label, managed to appear in TraxSource House Top 100 and What’s Hot. Electronical Reeds has since become his home and a remix for O-Live and an original track on anniversary release “Y3ARS” followed. 2014 starts with an outstanding house release with additional remixes of label colleagues Superdrums and O.D.Math.