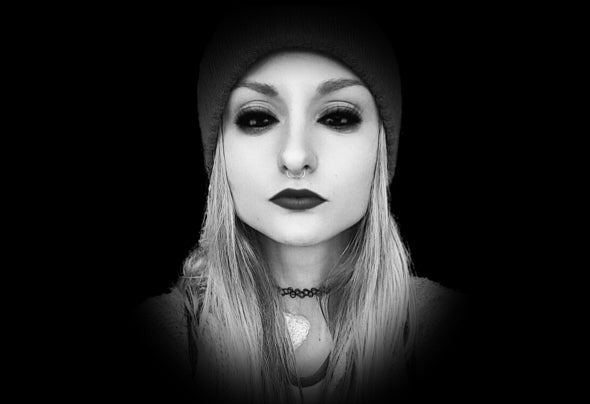 Landi Christine is South African with passion for music. She was introduced to techno during her late teens, spending hours on the best dancefloors in South Africa. With the solace found in these moments, her obsession with the genre grew. Landi Christine feels moved by the intricate sounds in the depth of darkness and finds inspiration in the dramatic, driving basslines that carry one away from their current state of existence. Landi has spent time teaching herself the art of mixing but felt the need to start from scratch, understanding the dynamics of musical production and ultimately launching her career as a multi-faceted artist in music production, a poet, vocalist and songwriter. Landi Christine's first collaboration track "Synchronized" with her mentor, Reza Golroo, on his album "Release The Beast" was released in June 2019 under Subios Records (GERMANY)- reaching number 8 on the Beatport Top 100 Minimal / Deep-Tech chart within just a few days. Landi Christine's sound is recognizable, clean, dramatic and thought provoking- bringing you to a sense of understanding of duality by the clever use of sound and words.