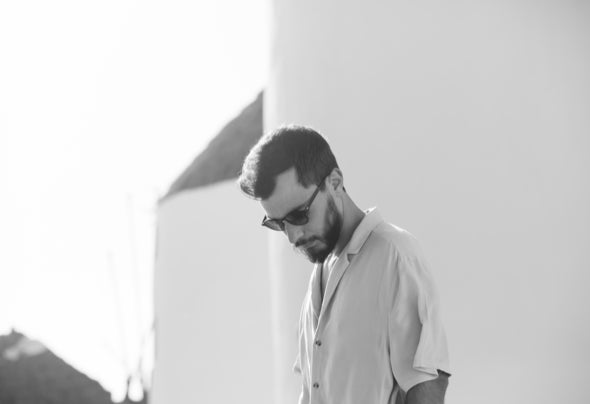 Behind the project Kósh is Alexandros Papadopoulos, a music enthusiast from Athens, Greece born in the early 90s. He started his musical journey at a very young age exploring and experimenting with various styles and genres such as Hip- Hop, Soul, Funk & Rock nʼ Roll. Almost a decade ago, his interest gradually shifted towards electronic music, causing him to explore new digital horizons. As his passion for music was growing stronger, so was the urge to study the DJ craft, self educated at the science of sound he bought his first DJ equipment at the age of 17 and was provided with a constant creative drive. From 2010 he started DJing in various bars & clubs in Athens along some very notable artists such as Dennis Ferrer, Adriatique, Karmon and many more. From 2017 to 2019, Kósh was the Resident DJ at Branco, one of the most luxurious beach hotels in Mykonos, being honoured to share the stage there with world renowned artists such as Guy Gerber, Behrouz, NU, Audio fly, Oceanvs Orientalis, DJ Tennis, Pachanga Boys and many others. At the same time, since 2018 he has been DJing for Nusret all around the world in places such as New York, Miami and Mykonos. In early 2021, Kósh has spent 3 months in Mexico having a very successful season and playing all around Tulum in places like Vagalume, Mia and IT. Production wise, his first official EP was released in December under the Connected label ran by the legendary Stereo MCʼs. Kósh follows atmospheric and refreshing sounds with mesmerising detail and strong percussive elements. In his sets he brings a unique ego-free energy, and creates a mystical environment with addictive grooves. The last couple of years, his much appreciated sets already grooved dance floors in United States of America, Mexico, Turkey, Tunisia, Indonesia, Cyprus, United Arab Emirates and United Kingdom.