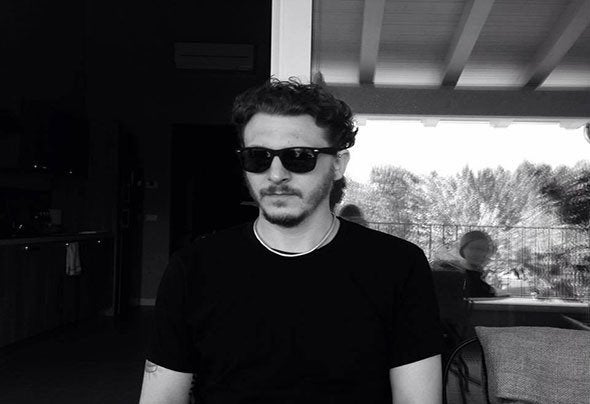 Kende aka INTO YOU is Achille Soardi, the Italian producer and artist, born in the beloved Lake Garda region in 1981, connects with the dancefloor through his undeniable and fresh talents. As a young artist Achille grew up on Punk Rock and Hip Hop from the US but soon found his love for techno, a genre which he would later DJ at parties across France and Italy, alongside LTZ Sound System amongst various other crews. It was these initial exploits in Electronic music that helped him explore the diverse nature of rhythm and sound, an interest that only intensified upon arriving in London. It was the UK’s underground that helped Achille (then affiliated with his former alias Kende) further his craft, mastering intricate grooves, warped soundscapes and warm, low-end frequencies. In order to create a platform for his musical expressions, in 2007 Achille set up Lokomotiv Recordings, which launched with ‘The Dark Side of the Spoon’ accompanied by remixes from Bodycode, Alex Bau, Mauro Alpha and of course himself with the nickname Kende. This release, plus further collaborative EPs with the likes of Valentino Kanzyani and Francesca Lombardo, quickly established Lokomotiv as a label to watch. Achille was soon playing at numerous gigs across the UK, enabling him to showcase his unique sound to a wider audience. Today Achille is operating under his new moniker INTO YOU, a name that will be inaugurated by the forthcoming ‘Perfect Blue’ EP, due out on Francesca Lombardo’s recently established Echoe label. This release will be followed by a collection of remixes on the same imprint later on in the year. Still as dedicated as ever to the studio, Achille is set to bring a new perspective to his music as INTO YOU, whilst all the while remaining faithful to his personal style, one that creatively blurs the lines between minimal, house and techno.