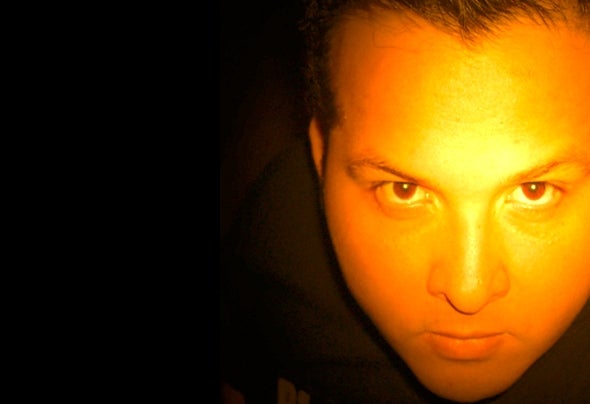 His influence on electronic music started in 1999, to hear sets from Seb Fontaine, Deep Dish, Danny Tenaglia, Tony Devit among others. The taste for music production making listening material produced by Antoine Clamaran, Robbie Rivera, JJ Flores, Dj Dan, Dave Aude, Peter Rauhofer to name a few. Over the years it began to interact with other Dj's of the environment in the city of Cancun, starting with small parties and later be presented with the opportunity to be a resident of one of the best clubs in Cancun electronic music, La Boom, a there after began his career of Dj playing in different parts of the city and gradually in other states of the republic.His next step was to produce electronic music, a difficult process in 2004 to ease comparison with several to get an issue today. One of the first producers to support his career as a producer was Joy Marquez who made a remix of the song "Dreamer", the first official remix Vinyl JC Mazter labeled, from that moment began the career as a producer after receiving unconditional support Noizzer Colombian producer, one of the Da Groovemakers members of his trademark gives Spektral Recs, Overline recs, Reverence Recs.Over time JC Mazter / D-Vission is considered one of the best DJs and producers in Mexico, with 11 years as a DJ among which 8 as a producer, has been ranked among the best in genre progressive house, techno and tech House, putting the name of Mexico up through their productions are heard and charter for DJs and producers around the world. Built on important labels in the field of electronic music, has produced more than 300 topics, is one of the few Mexican producers have been in the Beatport top 100 too often.He has worked and been supported by major producers of the medium, among which stand out: Joy Marquez, Craig Mitchell, Gerald Henderson, Paco Buggin, Kobbe, Dominique Costa, Allesan Main, Chus Soler, Da Groovemakers, Dj Dextro, Redkone, Dj Fist, Noizzer, Rick Pier O'Neil aka RPO, Albert Maris,Andy Spinelli, ZurFace, Mike Kings, Frank Garcia, Hugo Rizzo, Valentti Robinson, Milton Channels, Deep Sound, JJ Romero, Edson Pride, Tamer Fouda, Andrew Mijangos, DC Project Ivan Osuna, Dorian Fox, Miguel Blonde, Wally Lopez, Rick Silva, Del Horno, Oscar L, Sergio Fernandez, Kermit, DJ Vandersames, among others. He was nominated for best producer in Mexico in 2007 by Dj World Expo, which turned out to be winning that contest. He has had performances in different clubs in Cancun and Playa del Carmen such as O Ultra Lounge, Blue Parrot, Mix Sky Lounge, Kool Beach, Red by Blue and was also a resident of one of the best afterhours in Cancun for 3 years, which is Nectar Bar has had the pleasure of sharing a cabin with: Thomas Penton (O'ultra Lounge), DJ Tiesto (Dady’o), Dubfire (Blue Parrot), Astrix (O'ultra Lounge), Sydney Blue (Nectar) among others.He has had performances at the famous Nikki Beach Club Passion & Los Cabos San Lucas. It is one of the few DJ's Mexicans who have made it to occur in Europe, such was his great involvement in Cadiz Spain in the Portobello Club and the Club Temple in 2007.JC Mazter opened its first label in 2007 called NEUSIDE Recs, then came and finally Deepertraxx Recs & Tribal Crown Recs, both labels incorporated into the better world of electronic music store Beatport, had a strong recognition at the time but the test of time I conclude to discontinue it, now JC Mazter open a new Beats label More recs, whose styles from Tech House, Techno, Progressive House, Deep House to the house, which is incorporated into some of the best shops electronic music as Beatport, Junodownload, Satellite Records, Nowtraxx, Traxsource among others and try be one of the best labels, revealing new talents and purpose more important to have an excellent quality of music, which I take to be in the tops of sales.In 2011 next to Omar Labastida again regain DJs and producers duet called "The Mexican Junkies" formerly known Deepmazters, presenting his first called The Mexican Junkies EP is release now on Beatport.In 2012 starts the year with a lot of work in the studio, which include its new remix called DROP the subject belongs to the excellent music group Craig Mitchell & Motor City (Detroit) that will appear on his new album of original versions and remixes.Also large projects with MORE BEATS Recs, much work in the studio, now incorporating your resume music production courses at the same time opens the opportunity to join his label to new producers of the future and to incorporate and link in the middle production.In 2013 open the new MoreBeats Recs sublabel called SUM-TEC DIGITAL, this new project is ready for release amazing tunes by great producers of the electronic music s cene.