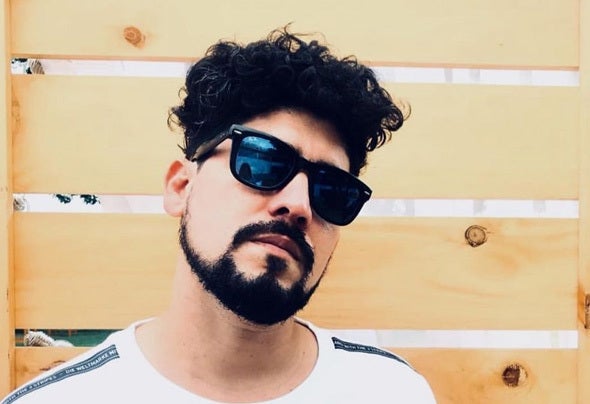 Originally hailing from Guayaquil, George Levi’s hard work and dedication makes him one of the most influential members of the Ecuadorian underground house music scene for over the past decade.His DIY attitude constantly expands multiple careers as a DJ, producer, party organizer, radio show host, record label owner and DJ school owner. The never- ending hustle positions him at the forefront of one of the most exciting forward- thinking music scenes in Latin America.Known primarily for his skills as a DJ, his sets are a bold, always fresh, and entertaining blend of cutting edge melodic techno and driving soulful house. He is never afraid to experiment, and always willing to let you get down on the speakers. His music is at the meeting point of the old and new. Everyone can feel it when he comes on stage.Highlights include being the owner of Vox Club in Guayaquil and being resident at the infamous Lost Beach Club in Montañita, well known around the world for it’s elite booking policy and thunderous Funktion One sound system. He was chosen to play at the first Boiler Room event in Ecuadorian history. His productions have a home in Savia Park Records, one of the country’s finest music labels. He was one of the main attractions during the opening for the top national soccer team Emelec’s new stadium.There is always more to come and the next stage will see George Levi setting sail, taking over international waters.