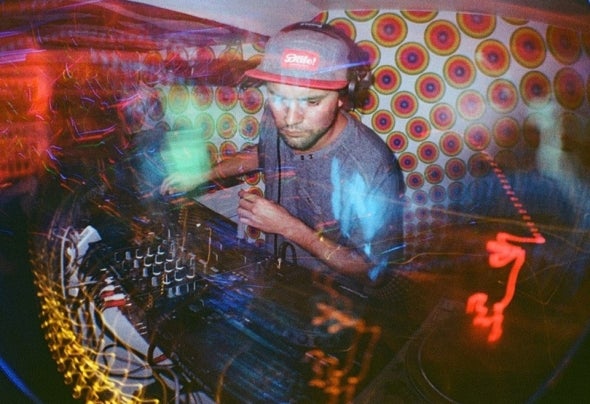 Born in the pirate city of Guayaquil Ecuador started doing artistic signals broadcast at early age taking piano lessons for 3 years (from 5 to 8) playing for audiences ounce a year. Later on starting liking too manny styles of music at the same time, at a moment in history that people only allowed one style in their life. So i decided to learn guitar at the age of 12 ,never took a lesson, at 15 got introduced to Electronic music although there was a lot of Depeche Mode and New Order going a round my house in those days ,I had older sisters and a brother around 24/7. So I got super into underground by that but also liked rap, heavy metal and some pop from the 80`s like Michael Jackson and so forth. By the age of 17 already played a few shows for my high school talent show and was able to play sythns like a moogs , bass, guitar,drums and sing. Never using that side of me until decided it was time. After staying for long periods of time in europe in places like London, Hamburg, Berlin, Barcelona got my propper share of culture to discern from, so I decided to start making music and learning how to make Electronic music when I hit the age of 27. Ever since spent a lot of time making songs and doing sets, producing music for labels like Touch of Class , and others from around the planet. Lately had some great nights in Ritter Butzke (Berlin, Germany), TBA (New York, Brooklyn USA), Mono, Rhodesia and Xaman (DF, Mexico City), Macarena Club(Barcelona, Spain), Blues (Quito,Ecuador) ,Lost Beach Club (Montañita, Ecuador) plus manny more.Collaborating with top artists like Miguel Puente , Azari & III(Ali x), Fluen and manny more.