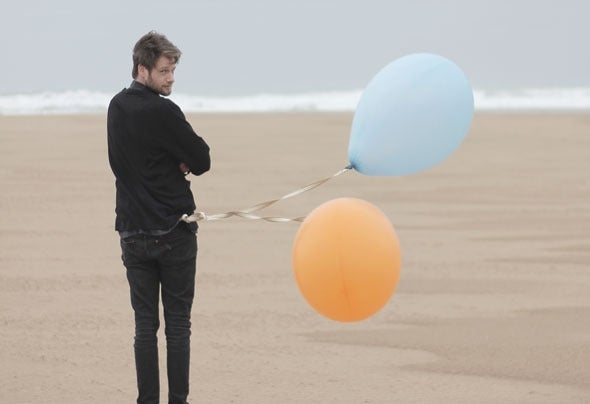 Fabian was born in 1983 in Brussels, Belgium. At the age of 13 he bought his first turntables, nothing special, a pair of low quality direct drive decks without any purpose than satisfying him and his joy of mixing.Years later he moved to Málaga (South Spain) where he started playing in private parties until he made the step to the biggest clubs such as La Passion, Central, Paladium, Emporio, Pacha (Málaga)... amongst many others. Playingin front of over two thousand people in a lot of them was just the start. Months later he got introduced to two important persons in his musical career, Crash Capsule Crash, the pioneer duo who made the break beat style the huge thing that was back in the old times in the South of Spain. Early in their years they shared booth with some of the most important artist such as Jeff Mills, Laurent Garnier, Richie Hawtin, Rennie Pilgrem and so on. Two years after the relation between Crash Capsule Crash and Fabian started they created together Dirty Factory Records. It was the music label trough which the best references of the period where seeing the light in such hard times. Even Dj Quest, one the biggest break beat producers and owner of the label Cyberfunk Music Group, had his own remix trough DFR of the track called 'My last bitch. Thanks to this frenetic growth he was requested to run a 4 hour weekly program for Breaks FM (London - UK) along with what they called Spanish Crew. Dj Memo (Pornoschool Recordings owner), Dj Rasco (Another Dimension Records), MC JM and, of course, Crash Capsule Crash were the members with Fabian of Spanish Crew, all together they ran the program for a year. One of the consequences this program had was the people that Fabian started to hang out and get related with, including amongst many others Napt (2008, 2009, 2010 Break Beat Awards winner), Breakfasttaz, Sons of Mecha. This show opened London’s Break Beat scene doors for Fabian making him move to The City where he developed even more his skills. The year 2007 was the inflect point, Fabian made the decision of moving to Ibiza where he reinvented himself into a lot of absolutely new music styles that were becoming big in the time. Deep House and Minimal started to be his passion leading him to play in private parties, mainly boat ones, sharing line up with huge artists such as Stewart Walker, Touane, Ludovic Vendi...After such a wild year he went back the Spanish mainland, this time Valencia was the objective. 2008 brought him great ideas but also big issues; he was on his own to put them in practice. Luckily after an exhaustive search he met Pandemonium aka UOLK and Gonzalo Guarino with whom he started a wonderful friendship and partnership that conducted them to put Fabian’s plan into practice. Creating Nasty Cube was the year’s achievement, the promoter was finally real.They started promoting two events during 2009/2010 at Miniclub (Valencia) counting on Rolan M. Dill for the first one and on Applescal’s album presentation ‘A Mishmash Of Changing Moods’ (Traum Schallplatten) for the second one. With the beginning of summer’s season they moved their parties to Spook Terrace, where the main area is a magnificent terrace having an stunning view over the sea. Maetrik, Paneoh, Edu Imbernon, Albert Sola, Mauro Perotta, Falomir!, Oscar Barila, Daniel Kyo, Sergio Mañez were some of Nasty Cube’s guests over the summer making every sunrise anunforgettable experience for everyone. Once summer season was over they moved back to the most underground scene getting over La 3 – Oven Room’s nights for one more year till the three friends noticed the fact that the needed to decide between their artist and promoter careers. Realizing that pure music was their life instead of the ‘behind the scenes’ one was the trigger of Fabian’s second inflective point in his artist career.Once he was back he started flirting with production at the same time that he played in a various number of famous clubs sharing booth with a wide number of international artists such as Shall Ocin, Marek Hemmann, Javier Logares, Sutja Gutierrez, Manu volcano, Najwa Nimri, Cycle, Jupiter Lion, etc. 2012, as expected, was indeed a good year ending up with his first solo release on the Spanish label Eklektisch (label leaded by Edu Imbernon) named ‘The sun is coming up’. Tune that reached Elektish’s top 10 Beatport’s sales chart. The present year started also with changes, moving to Barcelona was one of the first big changes. The start of his first EP’s production was the second big one. The EP, contains two tracks that are produced by himself feat. Quartz Clocks (London) called ‘Words on the lips’ and ‘Know you’ and three remixes, one by Zombie Disco Sqwad of ‘Words on the lips’, other by Fiber Root of ‘Know you’ and the third one by John Barera of ‘Know you’. It’s been released by the Spanish label Sincopat (label leaded by AFFKT). He has been also playing at Macarena Club (Barcelona) with Shall Ocin (Culprit/Leftroom/Elum) and La Mesa’s 2013 Off Sonar: Dskonnect Proudly Presents Backstage Week with Odd Parents (Ellum), amongst others. Not being enough, Fabian is now back in London, full of energy and good vibes is this second assault to one of Europe’s electronic music capital. He is now immersed in a brand new project alongside with Crash Capsule Crash as well as the productions that he is working on by himself.