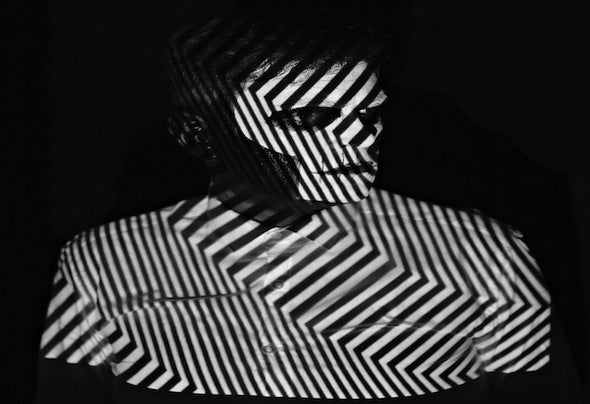 From his time spent exploiting the sub-driven rave of early tracks, through to his dabbling in a heavy-hitting live show and the more dancefloor-focussed machine- funk of the recent 'Waves Trilogy', the name Drums Of Death is synonymous with highly original, personality- driven dance music of the highest calibre.Those early, raw shows with hammering, primitive rhythms, saw Drums Of Death learning as he went whilst touring with Peaches and Hot Chip. This led to recording his debut album and crafting songs into his work, plus many remixes, several tours and magazine covers charting his progress. Now the original voodoo warrior has come of age, with the current 'Waves Trilogy' of EPs representing the maturing of an artist. A love of the rhythms and textures of house and techno have risen. A confidence in his productions take hold where song structure lay before. Drums Of Death is letting this lean and hungry music do the talking for him.'Blue Waves' is the ultimate part of the trilogy, continuing his transformation from disco punk in pumps to jacking rhythm obsessive. Unleashing his machine music with 'Black Waves' in summer 2011, followed by 'Red Waves' in December, both made you rethink this constantly developing artist. Tracks at times brittle and taut, others bold and dynamic, these EPs brought tracks such as 'The Jerk', 'Cold Lazarus', 'Tear The Box Apart' and 'I Can't Take It' to DJ charts, radio playlists and clubbers ears.Currently working with UK production impresario Paul Epworth in the studio, and displaying his keen ear for new talent by having written for the much-hyped rapper/vocalist Azealia Banks, the Drums Of Death sound continues to reach out to some of the most respected figures in the industry. Past collaborations with Gonzales (on DOD album track 'Voodoo Lovers' and Peaches (with production credits on her 2009 'I Feel Cream' album), ensure Drums Of Death is aligned with some of the most creative artists out there, whilst forthcoming release 'Blue Waves' ushers in a brand new live show; touring with visuals made in collaboration with the Greenaway & Greenaway design team. Drums Of Death has built a formidable new show, culminating in an album release on the Civil Music label in 2013.