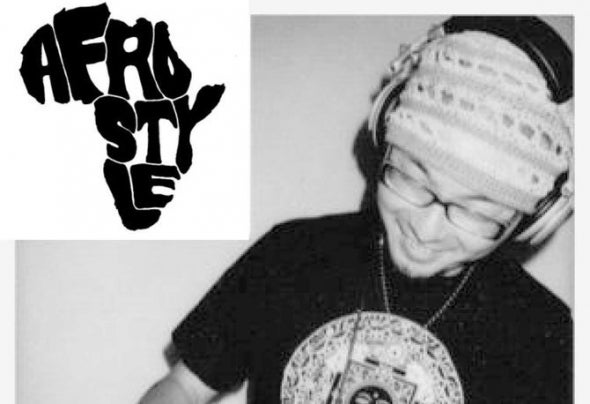 1976, was born in Nagasaki. The age of 18 HIPHOP, R & B DJ’s began, and then through a DJ SOUL, DEEPHOUSE reach to the world. Currently unprocessed and Afro-black GROOVE, seeking active as DJ Drum music. The Tokyo club and cafe, LOUNGE with DJ and played, the sound of African drums for dance music originated in January 2006, the concept of club events that sound of the earth “AFRO STYLE” has hosted. In September 2006, the afro legendary TONY ALLEN `S after party @ Daikanyama finally co- starred in the SALOON. In April 2010, Tozawa and his “AFRICAN GARAGE” start the project. ”Dig out from the warehouse to the sound of African music will create a” purported original, and started making music. JariBu Afrobeat Arkestra is to premier in Japan and Envoy, are not limited only to club DJ, past – present – future, continue to pursue sound of club music in Africa. In 2011, dance music label “TOTEM TRAXX” the digital EP&LP “AFROSTYLE”& “AFROSTYLE secondstage”launch decision.http://sound.jp/afrostyle/