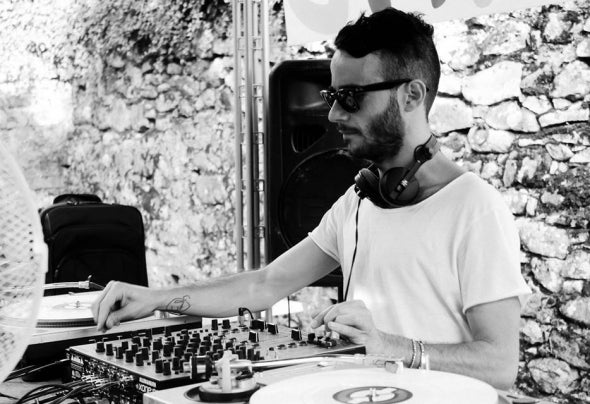 Davide Benedetti (well-known as Davidino) is an italian dj and producer who has made a name for himself in a short time.Born in the ’84 and raised in Camaiore, a small village into Lucca's district, music lover since the age of six when he sang out Queen's songs in a totally meaningless english. His dream has always been to become a football player, a semi-professional role that he practices until the age of 21 when he's been forced to leave due to an injure. And from this moment the passion for the clubbing comes to life.He starts to collaborate with the historical touscan club Kama Kama as public relations.Influenced and spellbound by the sound of Luciano, Loco Dice, Los Updates, Dan Ghenacia and Ricardo Villalobos, he starts to spin his first records at the age of 23 in the best clubs of Lucca's district, gaining in a short time residencies for prestigious local clubs like Kama Kama and Frau Marleen, passing through the swiss Nordstern Club in Basel.During the summer of 2009, due to his mother's health problems, he is forced to leave his main job. So, a forced permanence at home leads him to start studying music softwares, and shortly after, in the early 2010 he is just in the spotlights thanks to some productions released on labels such as Safari Numerique and Mixx Records.2011 is the year of his consecration: at first thanks to a remix for Ricardo Villalobos, Los Updates and Anthony Collins on Nice Cat! Records, then thanks to the big success collected with the release on Cadenza Records, the renowned swiss label owned by the "Vagabundo" Luciano, after this last one has played and re-played the tracks concerned since more than one year, achieving the top sell charts and the top dj charts, and after that the same Luciano mentions Davide, on an interview on DJ Mag Italy, as one of his favourite italian djs.2012 is a very intensive year for Davide who thanks to his dj sets starts to turn around Italy and the world, first with extra- European gigs in Sydney (Australia) and Buenos Aires (Argentina), to end with a bang in the dreamt "Isla", Ibiza.In the summer of the same year Luciano invites him to mix the Source to Cycle n. 30, the podcast series played by all the artists who joined the Cadenza family.2013 is a transitional year where Davide researches day after day his own musical identity, experimenting new sonorities and new production techniques. Marco Carola puts on his last “Music On The Mix - Winter 2013/14” podast an unreleased Davide’s remix, after have played it all over the world on the last months.A 2014 started really well which will go on with a lot of new music and many new collaborations with high level artists.And this transitional period finishes at early 2014 when