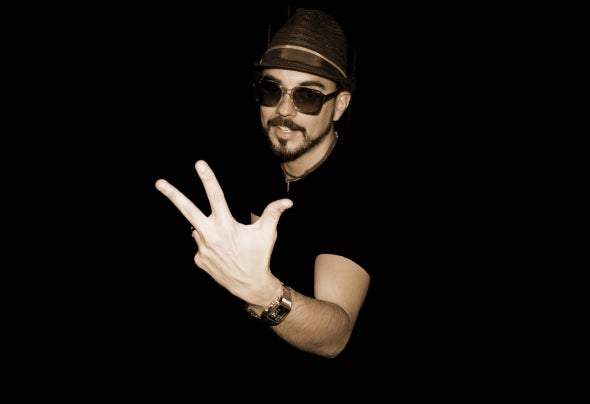 Originally from the town where the best artists of Colombia came from "Barranquilla", lives in Bogota Colombia almost 7 years ago, he has traveled the whole Country and neighbors from around almost 13 years of music carreer.He have worked as exclusive DJ for important brands like DIESEL, GIRBAUD, CUSTO BARCELONA, RETHINK among others. Several important local magazines have included him in their issues enhancing his talent as a DJ & producer.His most important achievment as a DJ was winning the "HEINEKEN THIRST DJ COMPETITION" in 2007. This was a tournament that included participants from every city in Colombia, winning the first place among 300 participants.Also was selected among 15 best producers of the country to produce the incidental music for the "Concurso Nacional De Belleza 2011" for the most important TV channel of Colombia (RCN television).As a Dj he has share dj booth with important names like, Omid16, Desyn Massielo, Demi, 16bit Lolitas, Harry choo choo Romero, M.A.N.D.Y, Rinocerose, Luke fair among many others. He has being resident for 4 years of "CHACHA CLUB" in Bogota, Colombia, the most important club of South America acording to the BBC's "discovery channel". Managing a funky and very groovy atmostphere on his sets, this DJ definetly suprises the audience each time he strikes the dancefloor. www.soundcloud.com/charlie-illera www.myspace.com/charlieillera www.facebook.com/charlie.illera.music