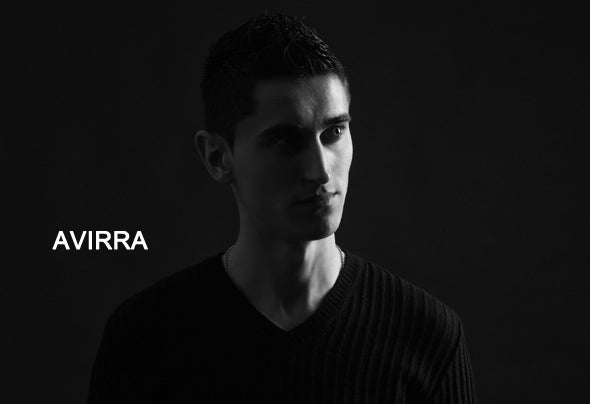 Born in 1989, Onofrei Bogdan Ionut (aka AVIRRA) discovers electronic music at the age of 14. Obsessed of techno music and house, in 2007 he starts producing music. After 2 years, he sends in 2009 his first song, “Bustle”, to an Italian label (Underscore). The track came out on a “Various Artists” record. In the same year his first Ep “Diffusion” comes out, containing three original tracks, at a German record label (Documenti Sonori Records). After no more than a month comes out the remix for Mollo, with the track “Fuck The Nanny”, launched at an Italian record label (Eklero Records). 2010 started with a lot of great tracks for Avirra, receiving many feedbacks from a lot of djs and producers, both Romanian and foreign. The most successful track was “Melted Acid”, launched in 2010 at the label (Punch Underground) from Argentina, the track being played by a famous electronic music artist, Richie Hawtin. The artist began to mix in 2008 at various organized parties and clubs. 2010 was the best year for Avirra, when he started to mix in clubs and pubs like Red Carpet (for 5 months – Sibiu,RO), Orphee Pub(Sibiu, RO), Platinum Events Hall(Sibiu,RO),Kapital Club(DJ CONTEST 2010(Sibiu,RO),Cotton Club(Sibiu,RO),Mai Coffelounge(Sibiu,RO),Music Pub(Sibiu,RO),Oldies Pub(Sibiu,RO). He was nominated at the “Nights Awards 2011”, at the section for “ Best Romanian Dj in 2010”, where he ranks 36th. Avirra collaborates with both Romanian and foreign artists. In 2010, he meets Claude Daniel, at the Red Carpet Club. In August 2010 he launches his first Ep, “Take me” at the (High Seven Recerds) label, in France, under the name of Claude Daniel & Avirra. In January 2011, he launches the track “Jeanine”, under the official stage name “Audiosound”. The track came out at the (Dephone Recording) label in Spain. In February comes the second Ep. “I Wanna Take You” was launched by (High Seven Records), France. The two artists work on their own tracks. Avirra’s favorite genres are: Deep House,Tech House,Techno and House.